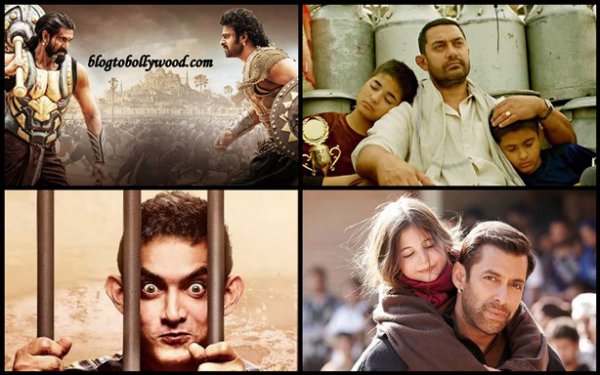 Today, we will have a look at the highest grossing Indian movies worldwide. These are the Indian movies (all languages) which have highest earning at the worldwide box office. First, let’s talk about Bahubali 2. The second instalment of Baahubali, Baahubali: The Conclusion’ was released on 28 April 2017 and it has set the worldwide box office on fire. Directed by S.S. Rajamouli, the movie stars Prabhas, Rana Dagubatti, Anushka Shetty, Satyaraj and Tamannah in the lead roles. (Read: Top worldwide grossers of Bollywood)

Released on 9000 screens in four languages, Bahubali 2 has smashed opening day, opening weekend, opening week records in Indian and overseas markets. The movie grossed 1700 crores worldwide in its lifetime. Talking about the domestic collection, the movie has grossed around 1400 crores. It is yet to release in the second phase and the numbers are expected go higher. As you can see, the list is dominated by Aamir Khan and Salman Khan movies. Both instalments of south Indian blockbuster, Bahubali have made it to the list of highest grossing Indian movie movies.

There are some big budget movies slated for release in 2017. Salman Khan’s Tiger Zinda Hai, Aamir Khan’s Thugs Of Hindostan and Akshay Kumar’s 2.0 are expected to make a name in this list.