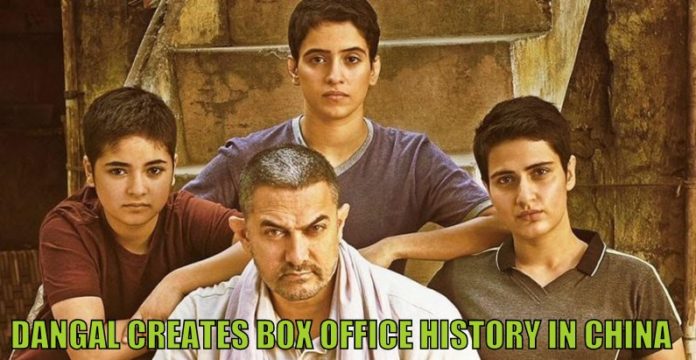 Started on an average note with the collection of $2.35 million on the first day, the movie witnessed incredible growth on weekend and weekdays. The collections on all six days of the week were higher than the opening day. Despite being released on fewer screens, Dangal has beaten Hollywood release Guardians of The Galaxy Volume 2 on Wednesday and Thursday. Let’s have a look at day-wise break-down of Dangal first week box office collection in China. Dangal is now looking for a solid second weekend. The reports in the Chinese media are extremely positive. Chinese trade analysts have predicted huge numbers in the coming days. The lifetime collection of Dangal in China will cross $50 million. Dangal will be the first Bollywood movie to gross 1000 crores worldwide. Have a look at highest grossing Indian movies in China.

Aamir Khan has emerged as true overseas king of Bollywood. His last two movies before Dangal, PK and Dhoom 3 were also huge blockbusters in overseas. The top 4 Indian grossers in China belongs to Aamir Khan.