Love Aaj Kal Box Office Prediction: Imtiaz Ali’s Love Aaj Kal is one of the most anticipated movies of 2020 owing to Sara and Kartik’s off-screen and on-screen chemistry. The film has been in news ever since its announcement thanks to Sara and Kartik’s off-screen romance. However, the trailer of the film released a month ago failed to make much impact. In fact, it was brutally trolled on social media for being confusing and overdramatic.

However, despite mixed reactions, the makers managed to keep the buzz alive with good romantic songs and the crackling chemistry of the lead pair. In fact, they are still cashing on Sara and Kartik’s chemistry to maintain the pre-release buzz.

Now the big question is, how will Love Aaj Kal perform at the box office? Will it be a box office hit? Well, it all boils down to content. Love Aaj Kal is releasing on Valentine’s day. Considering the film’s genre, it is certain that the film will get a decent opening. I am expecting Love Aaj Kal to collect around Rs 10 crore on day 1. The reason being the day of release. On Valentine’s day, youngers will go and watch the film in theatres.

Kartik and Sara fan following will give some additional boost to the film’s opening day collection. Moreover, it has the advantage of being a solo release. So, if the content works then the film has a chance to score big in the first weekend. However, if the film fails to impress the audience then it will be a big flop at the box office. I my opinion, Love Aaj Kal would collect around Rs 60-65 crore in its lifetime.

Love Aaj Kal is a reboot to 2009 super hit film of the same name. It starred Saif Ali Khan and Deepika Padukone in lead roles. Directed by Imtiaz Ali, the original film was a big box office hit. Now the makers would be hoping for the same success from its reboot.

What will be Love Aaj Kal 1st day box office collection? Share your views with us in the comments section. For more Bollywood updates, follow us on FB and Twitter. 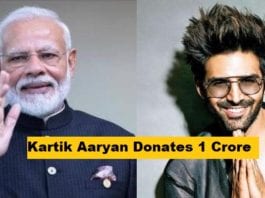 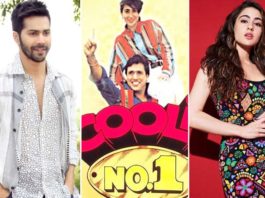