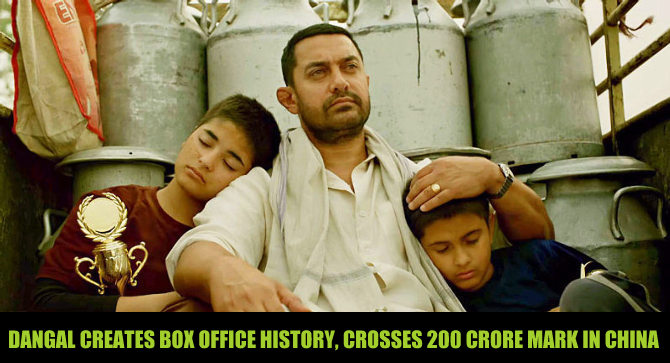 The dominance of Dangal can be judged by the fact that it has beaten two new Hollywood movies King Arthur and Power Rangers which were released in China on Friday. Both movies managed to gross only $1.5 million on first Friday.

Dangal is expected to show big growth on Saturday and Sunday. The craze for the movie in the country is on a high and it may come up with some unbelievable numbers in the coming days. The reports in the Chinese media are extremely positive. Chinese trade analysts have predicted huge numbers in the coming days. The lifetime collection of Dangal in China will cross $50 million. Dangal will be the first Bollywood movie to gross 1000 crores worldwide.

Aamir Khan has once again proved that he is the true overseas king of Bollywood. His last two movies before Dangal, PK and Dhoom 3 were also huge blockbusters in overseas. The top four Indian grossers in China belongs to Aamir Khan.