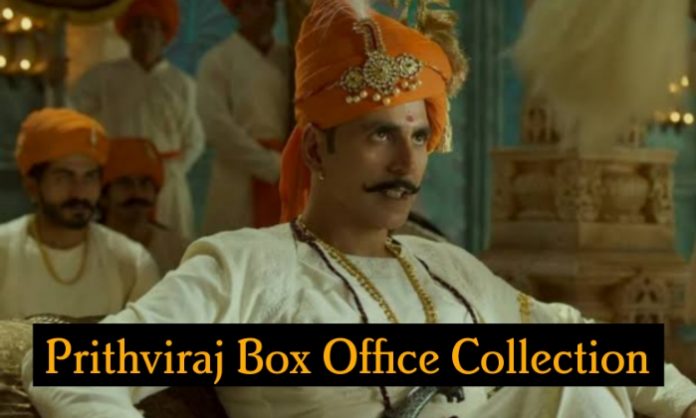 As expected, Akshay Kumar’s Samrat Prithviraj failed to get a big opening at the box office. However, good reviews and positive WOM have started working and we are seeing good growth in occupancy as the day progresses. Released on 3750 screens across the country, Samrat Prithviraj collects only Rs 10.7 Crore on its opening day.

The advances for this Akshay Kumar starrer opened five days prior to the release. The movie managed to collect around Rs 2 Crore in advances which is a poor number for a historical event film.

The historical drama got off to an average start and recorded an occupancy of around 20% in the morning shows. However, as positive WOM started spreading, the movie started to witness good growth.

In the evening shows, Samrat Prithviraj recorded around 30% occupancy which is a clear indication that the people have accepted the movie. In the night shows, the movie saw further growth in occupancy. Here’s a look at the occupancy report for the first day:

Now, the big question is, how much does Samrat Prithviraj earn on its opening day? As per trade expert Taran Adarsh, Samrat Prithviraj collected Rs 10.7 Crore on Day 1. It is the fifth-highest opening for a Hindi movie (dubbed included) in 2022 after KGF 2, RRR, Bhool Bhulaiyaa 2, and Bachchan Pandey.

#SamratPrithviraj gathered momentum towards evening on Day 1… Biz at metros – which started slow – did not escalate, but mass circuits showed upward trends… Biz should grow on Day 2 and 3, needs that push for a strong weekend total… Fri ₹ 10.70 cr. #India biz. pic.twitter.com/fOi7NKA1Nd

Thanks to some decent growth in the evening and night shows, Akshay Kumar starrer managed to cross the Rs 10 Crore mark. The way it opened in the morning shows, the double-digit figure was looking out of the question.

The word of mouth is positive and reviews are also in favor of the movie. Samrat Prithviraj needs a huge turnaround on Saturday and Sunday. The budget is around Rs 300 Crore. So, the movie needs to play a long inning at the box office.