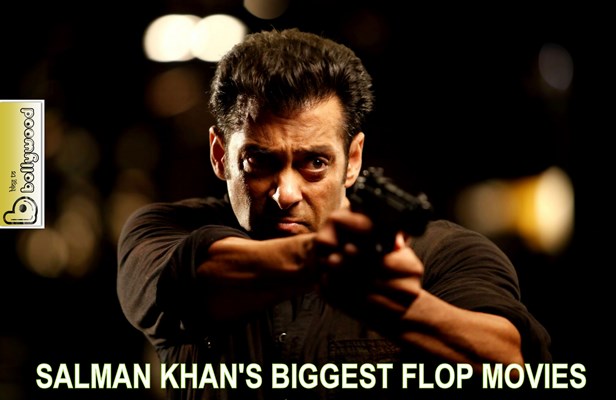 Salman Khan is currently the undisputed box office king of Bollywood. His movies are guaranteed box office success. The box office dominance of Salman Khan can be judged by the fact that his last 15 releases have crossed 100 crores in India. Two of these, Sultan and Bajrangi Bhaijaan have crossed 300 crores while Kick, Prem Ratan Dhan Payo went on to cross 200 crores.

However, things were not always on the brighter side for Salman. Like any other actor, he too has seen bad phases in his career. Before 2010, Salman Khan’s box office performance was quite inconsistent. Every now and then, he kept on delivering flop movies which have certainly impacted his career during the early years. Today, we will look at the Salman Khan flop movies. The time has changed now. Since 2010, there is no stopping Salman Khan. His name is enough to pull a huge crowd to movie theatres. The actor is going through a dream phase of his career which is surely not coming to an end in the near future.

What are your views on Salman Khan’s flop movies? Share your thoughts with us in the comments section.