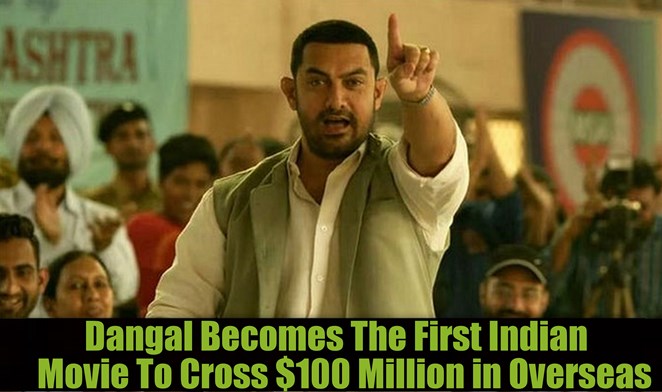 Dangal has emerged as a huge blockbuster in China. Released last week, the movie has set new benchmarks at the Chinese box office. In just 12 days, the movie has collected $70 million (430 crores) in China. With the current pace, it is expected to cross $100 million in the coming days.

The table above clearly shows that Aamir Khan is the king of Bollywood in the overseas market.