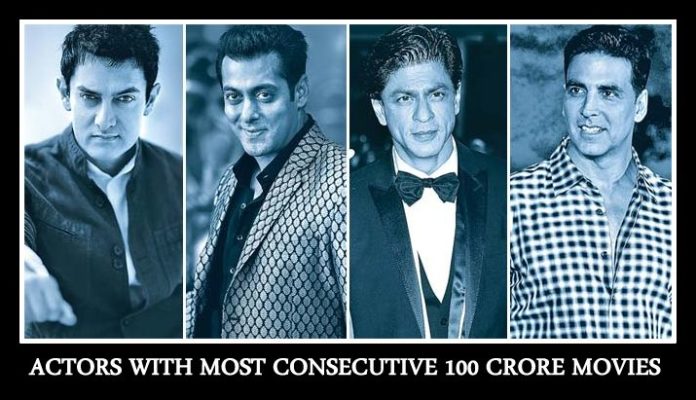 Ajay Devgn is in news as his latest release, Tanhaji: The Unsung Warrior crossed 100 crores mark in India. His fans are elated and promoting this achievement on social media accounts. Tanhaji is Ajay Devgn’s 11th 100 crore grosser.

Let’s have a look at the list of actors with most consecutive 100 crore movies.