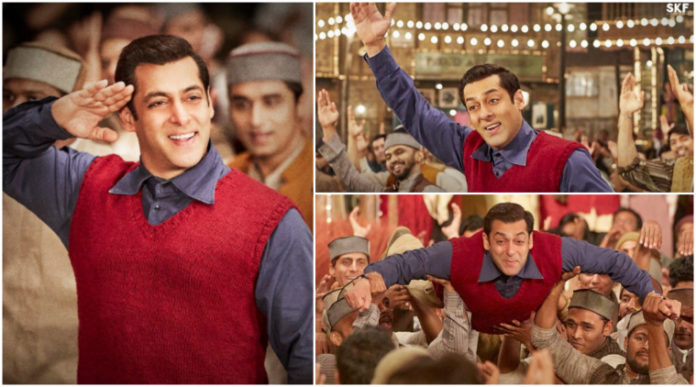 Tubelight 4th Day Box Office Collection: As the nation is celebrating Eid, Salman Khan’s Tubelight was expected to pick up pace today. But to everyone’s surprise, Tubelight once again had an average start in the morning. In fact, the occupancy in the morning shows today was even less than the first 3 days. Let’s have a detailed look at Monday box office report of the film. (Read: Tubelight 1st weekend box office collection)

Talking about the noon shows, the movie picked up mainly in the Gujarat, Hyderabad and small centers dominated by Muslims. In the evening shows, the movie picked up in mass centers and single screens. In fact, houseful shows were reported from some parts of the country. The movies gained momentum in mass centers but faced a considerable drop in metros and multiplexes.

Overall, it was again an average day for Tubelight. The required growth is missing which sums the whole case here. As Tubelight fails to perform as per expectations even on Eid day, the box office fate of the film has been sealed now.

As per official numbers shared by Taran Adarsh, Tubelight 4th day collection is 19.09 crores. The total collection of the movie after four days stands at 83.86 crores. It has recorded the highest opening weekend of 2017 for a Bollywood movies but still, the collections are less considering box office results of Salman Khan’s recent releases. Have a look at day-wise box office collection:

With no hope left, the movie is expected to wrap up its box office journey under 150 crores. The producers have made a healthy profit by selling the movie at recorded price. The distributors have to incur huge losses. The movie was sold to NH Studioz for 132 crores. It’s all over for Salman on this Eid and he has to make a big comeback with Tiger Zinda Hai.