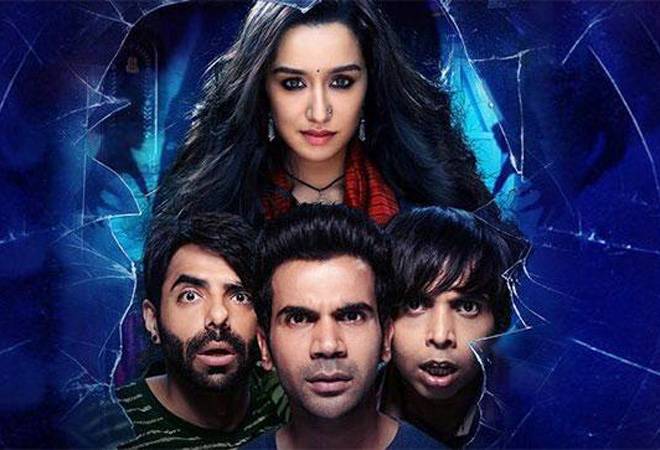 Shraddha Kapoor and Rajkumar Rao starer horror comedy film ‘Stree‘ has emerged as a true blockbuster at the domestic box office. The movie has entered elite 100 crore club on 16th day of its release. It is the 9th movie of 2018 to achieve this feat. It is expected to earn around 130 crore in its lifetime.

Stree has successfully completed four weeks at the domestic box office. Despite, the release of other movies, Stree has emerged as true winner in all sense. Here’s is a look at the box office journey of the movie:

Released on 31 August, the movie surprised everyone with an opening day numbers of 6.82 crores. Superb reviews and positive WOM from the audience resulted in huge growth in collection over the first weekend. The movie managed to cross 30 crore mark in the first weekend itself.

After an incredible opening weekend, the movie took advantage of Janmasthmi holiday on Monday and earned 9.7 crores. It remained strong throughout the first week and crossed 60 crore mark.

Despite the release of The Nun, Laila Majnu and Paltan, Stree recorded huge numbers in the second week. The movie saw huge growth on collection over the second weekend. The movie earned Rs. 4.39 crore on 8th day, 7.63 crore on 9th day and 9.88 crore on 10th day.

Despite the release of three new movies, Stree holds well. It earned 2.14 crore on its third Friday. The movie earned 3.76 crore on its third Saturday, to enter the elite 100 crore club. On weekdays, it remained stable and managed to cross 110 crore mark.

Stree is one of the most loved movie of this year. Audience has loved it and it is the reason that it is making money at the box office even after four weeks of its release. The total collection of Stree after 38 days stands at 129.21 crores.

Made in a shoestring budget of 20 crore, Stree is already a huge blockbuster at the domestic box office. Stree is now inching towards the Rs 100 crore-mark and there is strong likelihood that it will cross this number by the end of the third weekend. The movie has grossed 150 crores worldwide.

What are your views on Stree lifetime box office collection? Share your thoughts with us in the comments section.