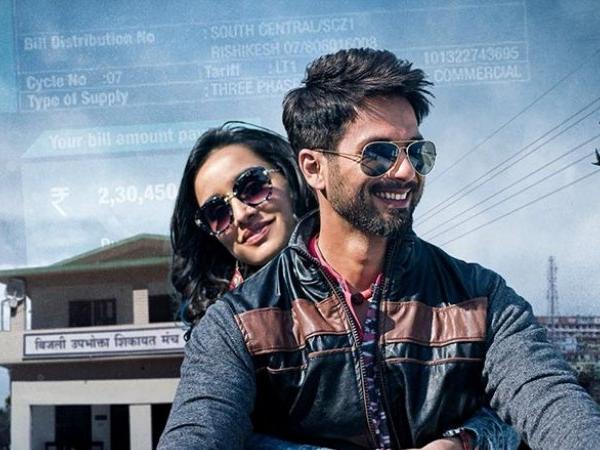 As per Box Office India report, the movie is off to a very ordinary opening of around 20% in the morning shows. The opening is certainly ordinary as it is a partial holiday for Muharram in most parts of the country.

As expected, the movie witnessed decent growth as the day progressed. The occupancy in the evening shows was around 40%. Delhi and NCR were the best performing circuits on the first day.

Batti Gul Meter Chalu was among the most talked about films of the year. But, the ordinary trailer changed the equation. Few good songs is the only positive thing with which the movie has been released. Shahid Kapoor failed to promote the movie due to family priorities. This has affected the opening of the movie.

There is no denying that the movie is off to an average opening. However, it still has a good chance. The early reviews are good. Moreover, the movie is coming from Shree Narayan Singh, whose last outing ‘Toilet: Ek Prem Katha’ was a critical and commercial hit.

As per the numbers shared by Taran Adarsh, Batti Gul Meter Chalu first day box office collection is only 6.76 crore. He mentioned that the movie needs multiply its business over the weekend to post respectable lifetime number.

Batti Gul Meter Chalu would not be among the top 10 openers of 2018. This is a big setback for Shahid Kapoor, whose last film Padmaavat was a blockbuster. Sharddha Kapoor’s last release Stree was also a huge hit with the collection of 110+ crore.

Made on a budget of around 40 crore, the film needs to earn at least 60 crore in order to qualify as hit. It needs to show good growth over the weekend and earn around 30 crore to have any chance at the box office.

What are your views on Batti Gul Meter Chalu first day collection? Don’t you think that the movie should have opened better at the box office?