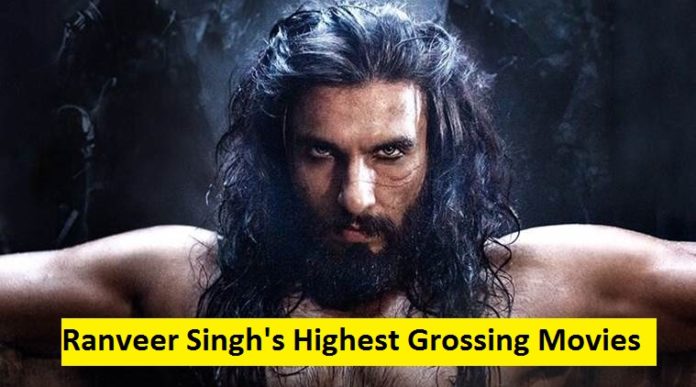 As you can see, Ranveer’s top 2 grossers are with Sanjay Leela Bhansali. Bajirao Mastani released on Christmas 2015 emerged as one of the biggest hits of the year despite its clash with Shahrukh Khan’s Dilwale. Ram-Leela released in 2013 is Ranveer’s second highest grossing film. The movie worked primitively due to Ranveer and Deepaik’s scintillating and hot on-screen chemistry.

Now, with Padmaavat all set for release, the expectations are sky high from Bhansali and his team. The movie has created tremendous buzz and it may beat Bajirao Mastani to become the highest grossing movie of Ranveer Singh.

What are your expectations from Padmaavat? D you think it will become Ranveer Singh’s highest grossing movie? Share your views with us in the comments section.