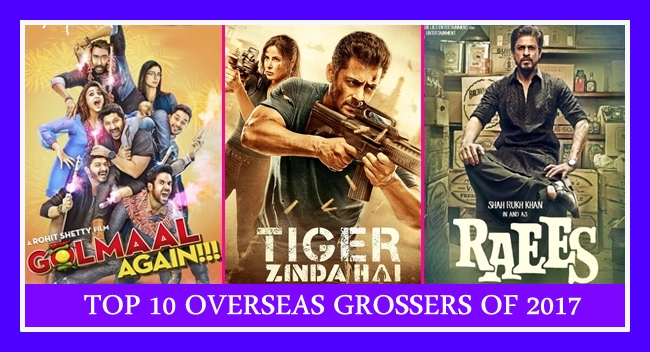 The worldwide collection of the movies hugely depends on how they perform outside India. Aamir Khan and Salman Khan have emerged as big money miners as their movies have been performing exceptionally well outside India.

Today, we will have a look at top 10 highest overseas grossers of 2017. Shah Rukh Khan’s Raees is at the top with the collection of $14.1 million. Raees is followed Salman Khan’s Tiger Zinda Hai. Salman Khan’s film has so far earmed $13.15 million and is expected to beat Raees in the coming days. Note: The Box Office collections are compiled from various trusted sources and websites. We do not make any claims about the authenticity of the data. Last updated on 1 Jan 2018.