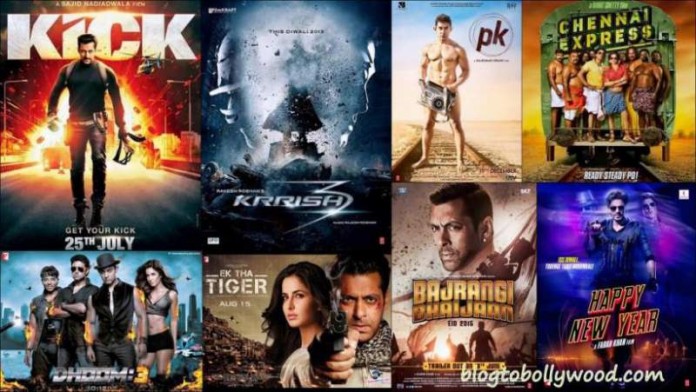 Salman Khan‘s latest Diwali release PRDP is going strong at the Box Office, at least for the weekend. After minting more than 100 crores in first three days at the silver screen, the movie was expected to deliver a bumper 1st Sunday at the Box Office but that didn’t happen. PRDP witnessed a drop of around 5% on its 1st Sunday which signifies that the WOM is mixed, and the movie will struggle from Monday blues. Let’s have a look at the 1st Sunday collection of Bollywood’s biggest films in last five years and find out why it’s an important day in deciding the Box Office fate of the movie.

1st Sunday has always been an important day for Bollywood movies. PK, Bajrangi Bhaijaan and Dhoom 3 had a colossal first Sunday, and all of them went on to become ATBB. On the other hand, SRK’s HNY witnessed a significant drop on its 1st Sunday and managed to cross just 200 crores at the Box Office. Salman Khan’s Ek Tha Tiger also after registering the biggest opening witnessed significant drop on its first Sunday.

WOM also comes into play when converting a good opening day to high lifetime collection. PK and Bajrangi Bhaijaan had a positive WOM, and they went on to cross 300 crores at the Box Office. On the other hand, HNY, Ek Tha Tiger and Krrish 3 struggled at the Box Office after a glorious opening weekend.

After an average first Sunday, it is entirely predictable that PRDP will struggle at the Box Office from Monday. I just get the feeling that Prem Ratan Dhan Payo will follow the same trend as last year Diwali release Happy New Year.

PRDP Vs Bajrangi Bhaijaan Vs Kick