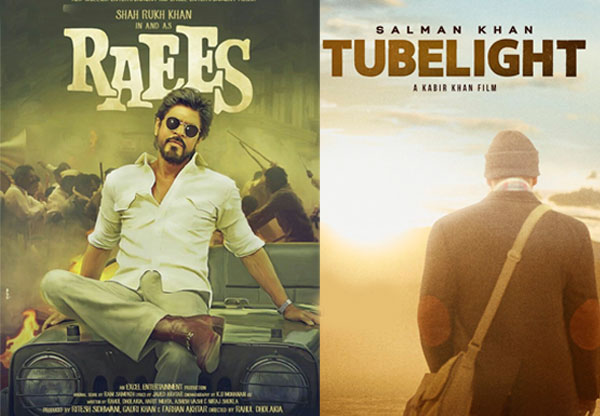 Salman Khan’s Tubelight was released on 23 June 2017. Being an Eid release, the expectations were sky high from the movie. But it falls way below our expectations and has so far managed to earn 115.36 crores in 10 days.

These numbers are quite good for any other Bollywood star but here we are talking about the box office king of Bollywood, Salman Khan. Salman Khan has raised the standards quite high especially when it comes to Eid releases.

His last two Eid releases, Bajrangi Bhaijaan in 2015 and Sultan in 2016 were blockbusters with the lifetime collection 321 crores and 301 crores respectively. The expectations were same this time as well but Tubelight has struggled big time. It will cross 100 crores mark today but the question remains, will it beat Raees lifetime collection to become the highest grossing movie of 2017.

Raees was released on only 2600 screens. It also clashed with Hrithik Roshan’s Kaabil. It managed to earn 138 Crore which is a decent amount with a big clash. Tubelight, on the other hand, has been released on massive 4350 screens. It is a solo release still we can’t be assured that it will beat Raees.

As you can see, after 10 days both movies are neck to neck. Both movies witnessed a huge drop in the second weekend, it is Tubelight which has witnessed more drop. Talking about Tubelight, the movie falls flat in the second weekend. Ideally, it should have earned around 20 crores as there was no competition. The trend is not there and it looks that it may struggle to even cross 125 crores. It seems that Raees will remain the highest grossing movies of 2017 till the release of Jab Harry Met Sejal.

Do you think Tube light can beat Raees lifetime collection? Share your opinion with us by participating in the below poll.