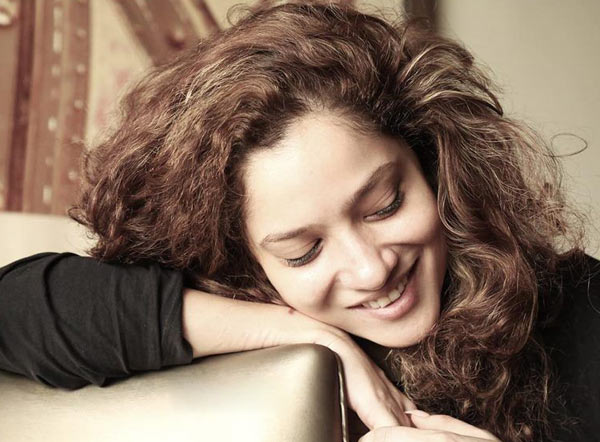 Pavitra Rishta actress Ankita Lokhande is all set to make her Bollywood debut with Kangana Ranaut’s Manikarnika: The Queen of Jhansi.

After ruling the small screen with Ekta Kapoor’s Pavitra Rishta as Archana, Ankita Lokhande is all set for her Bollywood debut. ‘Manikarnika: The Queen of Jhansi’ features Kangana Ranaut in titular role and Ankita will be seen playing Jhalkaribai – the historical character of a woman soldier in the army of Rani Laxmibai.  “I had never heard of Jhalkaribai before, not many have, but she was one of the greatest heroes of our proud history. I’m honoured that I’ll be telling her story to the world, fighting alongside Kangana’s Rani Laxmibai” says Ankita.

Ankita is being trained since a month and a half in sword-fighting by Hollywood’s action director Nick Powell. Ankita admits that she was new to sword-fighting and that Nick Powell helped her a lot. “Nick has taken me by the hand and shown me how to fight. He treats me like a kid and makes the training so entertaining,” reveals the actress, who has also been taking horse-riding lessons.

She also revealed that it was producer Kamal Jain who offered her the role. “I am indebted to Kamal sir for this challenging role in a big-budget film scripted by Baahubali writer KV Vijayendra Prasad alongside a National Award-winning actress like Kangana who exudes power and is an inspiration to all women. I’m looking forward to learning from her once we start shooting in August.”

Post breakup with Sushant Singh Rajput, there were rumours that Ankita took a break from her career in order to heal her blues. However, Ankita denies it. “I don’t know how these stories about me not wanting to work got around. After six years of Pavitra Rishta, I simply wanted a break and come back as a different Ankita. And I have.”

She also reveals that she isn’t in touch with Sushant and how content with life she is at the moment. “No, I am not in touch. I am not thinking of the past or the future right now, I’m only focused on the present. I have my own home, a car I bought with my own money and a beautiful film I can’t wait to start. I get gooseflesh at the thought of seeing myself on the big screen” she signs off.