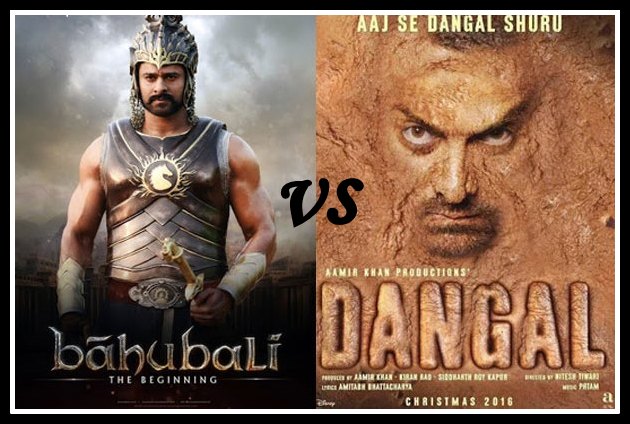 Aamir Khan has once again proved that he is the real box office king in India and overseas. His latest release Dangal has emerged as a huge blockbuster in China. The movie has earned unimaginable 771 crores in the country to take its worldwide collections to 1539 crores. Bahubali 2 has so far grossed 1535 crores with some overseas screens yet to be reported. The movie is still going strong in India and is should cross 1600 crores in its lifetime. Have a look at the breakdown of the Bahubali 2 worldwide collection:

With the current pace, Dangal has a good chance to cross 1000 crores in China. The worldwide collection of Dangal after its Chine run will be around 1800 crores. It even has a chance to cross 2000 crores. All eyes will be then on to Bahubali 2 again as the makers are planning for a grand release in China in July. The ultimate winner for this box offiice battle will be decided after Bahubali 2 release in China.