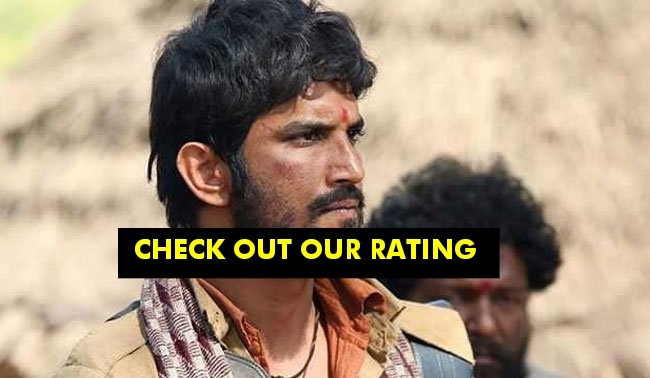 “By the end of 2019, I’m sure Sonchiriya will remain in top five best films of Bollywood in the list of many “

Sonchiriya released on just 720 screens and also got limited screens. It collected ₹ 1.20 Cr. on its first day.

Plot : Sonchiriya is period film, set in 1975 which tells the story of rebels in a beautiful way. Story starts in Chambal where the rebels are chased by the police officer. Eventually police ends up killing some of the members of gang including the head which creates a fight among the members of gang and before first half, they gets distributed in two groups. To find out what happens between them and how the gang ends watch Sonchiriya in your nearest theatres. Film also has a character of Poolan Devi in second half. Sonchiriya is one of that film which deals with multiple social evils like patriarchy, oppression and casteism. Swades was the last such film which dealt with multiple social evils. But Sonchiriya is entirely different from Swades. Swades is masterpiece maybe even Sonchiriya will gain the name of ‘Masterpiece’ in future.

Performances : Starcast has did justice to their roles. Everyone had brought laughter on a face of audience by some hilarious one-liners.  Sushant Singh Rajput has proved again that he is in Bollywood to stay for a long time. Bhumi Pednekar has played a powerful role. So does the other starcast of a film.

Songs: Film doesn’t have many songs nor it has a melodious songs but title song of a film was the one of best thing of movie. Maybe more good songs would have helped alot.

Good things & Bad things :  Abhishek Chaubey has did very good job and directed flawless film. He has taken the best out of starcast.

To sum up the things, I feel that film like Sonchiriya is a rare one in Bollywood which  deserves more screens and audience.

Do tell us your views on the film.