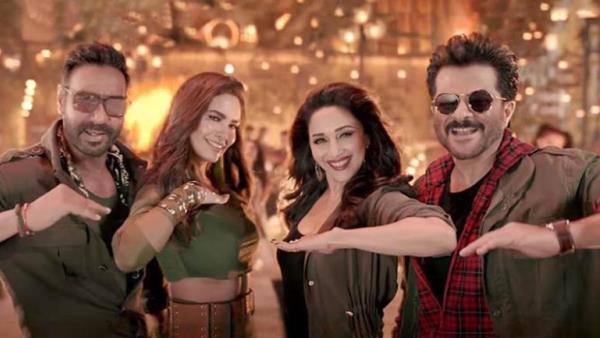 As predicted by us last week, Indra Kumar’s multi-starrer comedy movie Total Dhamaal has performed exceptionally week in the first week. Despite poor reviews, the movie has found acceptance by families and kids.

Released last week, this slapstick comic movie earned 94.55 crores in the first week despite being a non-holiday release. Trade expert Taran Adarsh shared the first-week box office report of the movie on his Twitter account. He tweeted:

The movie had a superb opening at the box office as it earned 16.5 crores on its first day. It witnessed good growth to end the first weekend with the collection of 62 crores.

After a good opening weekend, the movie remained rock-steady on weekdays to take its first week total to 94.5 crores. As Taran Adarsh tweeted, Total Dhamaal performed exceptionally well in the mass circuits and Tier-2 cities.

#TotalDhamaal has found widespread acceptance by families/kids… This factor will ensure ample footfalls in Weekend 2, despite two significant releases: #LukaChuppi and #SonChiriya… Week 2 will give an idea of its *lifetime biz* and whether it will touch/cross ₹ 150 cr.

Total Dhamaal: How will it perform this week

Two good movies, Luka Chuppi and Sonchiriya are released today. However, Total Dhamaal is expected to lead the race especially in the mass centres, medium and Tier-2 cities. The movie is expected to cross 120 crore mark by the end of the second weekend.

Total Dhamaal will enter 100 crore club today. The budget of the movie is 105 crores and it needs to earn 125 crores to be declared a box office hit. It will definitely cross this number.