Arjun Rampal, Ranbir Kapoor and Jacqueline Fernandez starer Roy is all set for release tomorrow. The movie will be the second big release of 2015 after Baby. 2015 hasn’t been a good year for Bollywood till now as most of the movies expect Baby bombed at Box Office. Roy is one of the most anticipated movies of 2015. The expectations are sky high primitively because of Ranbir Kapoor’s name associated with it. Fresh chemistry of Ranbir and Jacqueline also adds to the USP of the movie.

The movie is in news ever since the announcement was made. The trailer of the movie was released on 16 Dec 2014 and currently has around 7 million views on You tube. The promotion from marketing team has been good and the lead starcast has left no  stone unturned to promote the project . The music of the movie is already a big hit with most of the songs topping the music charts.

The movie has a romantic theme and getting a release date on Valentine certainly seems a big bonus. Having said that, the biggest issue which I can sense is the absence of Ranbir Kapoor from promotions. The actor is said to have a cameo which will certainly make things tough for the movie. It would have been great if the makers had projected more of Ranbir Kapoor.

Roy marks the directional debut of Vikramjit Singh. Roy is a romantic thriller produced by Bhushan Kumar and Divya Kumar Khosla. Going by the trailer, the movie looks promising with elements of a stylish romantic thriller. The movie has a decent starcast with Arjun Rampal, Ranbir Kapoor and Jacqueline Fernandez. The scale and budget look big enough to make it a good choice for multiplex audience.

Since, Roy is not a typical masala entertainer, so don’t expect bumper Box Office opening. The first day Box Office collection would not be close to Ranbir Kapoor’s previous releases like Yeh Jawaani Hai Deewani and others. As per the latest reports coming up, the movie is not getting a big release. The other release of this week MSG- Messenger of God has got more screens than Roy. This certainly is a big set back for Ranbir Kapoor fans. The movie is expected to release on around 1800 screens. Since, Roy has to compete with the other releases MSG and The Dirty Politics, we are expecting an opening day of around 8 crores.

Now, this is what i am predicting. Do share your Box Office predictions in comments section and don’t forget to participate in Prediction Poll. 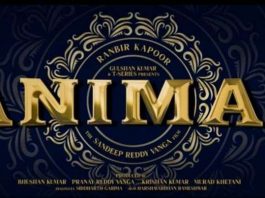 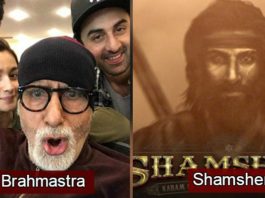