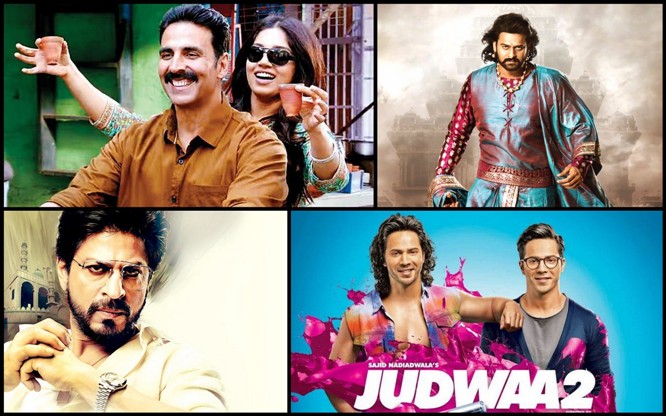 As predicted by us yesterday, Varun Dhawan, Jacqueline Fernandez and Taapsee Pannu starrer Judwaa 2 is off to a very good opening at the domestic box office. The movie had a good pre-release buzz which has certainly converted into the box office numbers. As per the reports coming, Judwaa 2 has taken the fifth biggest opening of the year after Bahubali – The Conclusion, Raees, Tubelight and Jab Harry Met Sejal. With Judwaa 2 getting off to a superb start, Varun has once again proved that he is the biggest crowd puller among the young actors of Bollywood. Let’s have a detailed look at Judwaa 2 first day collection and occupancy report. (Read: Judwaa 2 box office prediction)

The movie had a good start in the morning shows across the country. It recorded around 35% to 40% occupancy in the morning shows which is a very good number. In terms of occupancy, Judwaa 2 has taken the fifth highest opening of 2017 after the biggies like Bahubali – The Conclusion, Raees, Tubelight and Jab Harry Met Sejal. This kind of opening is a prove that Varun Dhawan is on a roll as far as box office pull is concerned. The movie has the best start in medium budget metro cities like Jaipur, Lucknow, Bhopal and Indore. It recorded 50% to 55% occupancy in these cities. The movie has also taken an advantage of Ram Navmi holiday in the north and central states of India. In Delhi/NCR region, the movie has shown tremendous growth in the noon shows. In South, Mahesh Babu’s spy thriller Spyder is having a good lead as of now but the scenario will change from tomorrow as Spyder has not good reviews.

The movie has got a grand release and it has been released on 3400+ screens.  With 3400+ screens, Judwaa 2 is the widest release of 2017 after Bahubali 2 and Tubelight. It is Varun Dhawan’s widest release ever bigger than Dilwale. As per Taran Adarsh, Judwaa 2 first day collection is 16.1 crores. What are your thoughts on Judwaa 2 first day collection and occupancy report? You can share your views with us in the comments section.