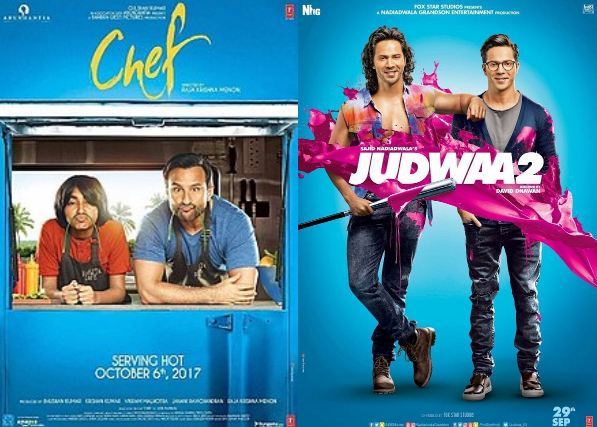 Saif Ali Khan’s Chef was expected to have a decent outing at the box office. But it has emerged as one of the biggest disasters of all time. After a disastrous opening day with the collection of 1.05 crores, the movie saw limited growth over the first weekend. It earned 1.35 crores and 1.6 crores on Saturday and Sunday to take it first weekend total to 5 crores.

The first weekend collection of Chef is less than some of the big flop movies of the year like Haseena Parkar, Bhoomi, Meri Pyaari Bindu and Sarkar 3. ‘Chef’ is one of the biggest flops for Saif Ali Khan. The actor is going through a rough phase of his career as all his movies released in last four years have bombed at the box office. In fact, his last hit was Race 2, released in Jan 2013.

Judwaa 2 is Varun Dhawan’s fourth 100 crore grossers after ABCD 2, Badrinath Ki Dulhania and Dilwale. He has the most 100 crore movies to his name among the young actors of Bollywood.