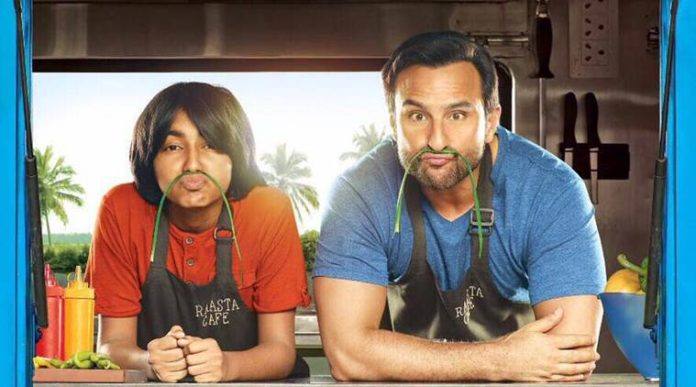 Saif Ali Khan’s Chef had a terrible opening day at the domestic box office. The expectations were always low but the opening is way lower than what we have expected. This comes as a big shocker as Saif Ali Khan is a big league actor even though his last few films haven’t worked at the box office.

The pre-release buzz surrounding the movie was low as the trailer and songs failed to make an impact. Moreover, Chef is a kind of film which relies on word of mouth publicity rather than a big opening. As per early estimates, Chef first day collection will be less than 2 crores. The first day collection of Chef is less than almost all Saif Ali Khan movies released in last 10 years. This is really a disappointing start as the opening day numbers are even less than the disasters like Rangoon, Raabta, Bhoomi and ‘A Gentleman.’

‘Chef’ is an official remake of the Hollywood movie of the same name. Jon Favreau was the lead actor and director of the original movie. Saif Ali Khan is playing Jon Favreau role from the original movie. Airlift director Raja Krishna Menon has directed the remake. The movie has received good reviews and we can expect it to have a decent growth over the weekend.

Varun Dhawan’s Judwaa 2 remained the first choice for the moviegoers even in the second week. As per the reports coming, it earned around 4.3 crores on its second Friday. It has become Varun Dhawan’s fourth 100 crores movie after ABCD 2, Dilwale and Badrinath Ki Dulhania.

Note: The official first day collection of Chef will be updated at 12:30 pm.