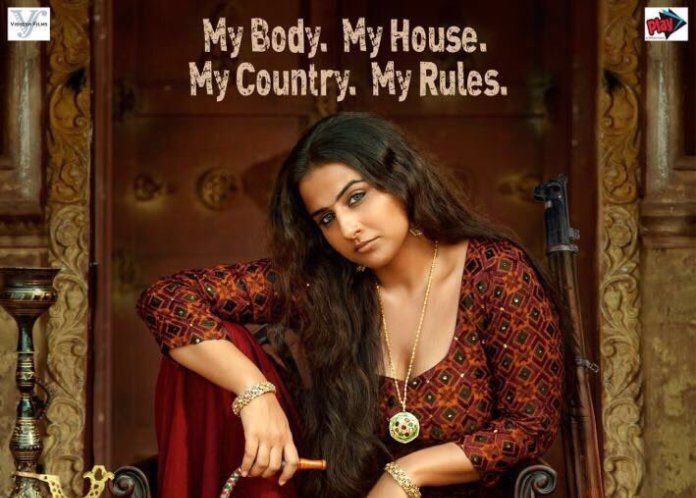 Vidya Balan’s latest release Begum Jaan failed to attract the audience to the movie theatres. After an average opening day with the collection of 3.94 crores, the movie hasn’t witnessed any growth and ends the first weekend on a low. The movie failed to take advantage of a holiday and remained flat on Sunday as well. As per early estimates, Begum Jaan 3rd day collection will be around 3.8 crores. Let’s have a detailed look at Begum Jaan first weekend box office report.

Running on around 1100 screens, the movie reported around 25% occupancy in the morning shows on Saturday. It failed to witness huge growth in the later part of the day, thus ended the third day on a low. The overall occupancy on the third day was around 35%.

Begun Jaan has been severely hit by its clash with a Hollywood biggie Furious 8 and Gippy Grewal’s Punjabi movie Manje Bistre. Released on only 200 screens in Punjab, Haryana and Delhi City, Manje Bistre literally thrashed out Begum Jaan in NCR region.

Manje Bistre is having a dream run as it has earned 7 crores in the first weekend. Furious 8 also had a superb opening weekend with the collection of 48 crores.

As per early estimates, Begum Jaan 3rd day collection will be in the range of 3.8 to 4 crores. The first weekend box office collection of the movie is around 11.4 crores.

Begum Jaan is the 10th highest opening weekend grosser of 2017. The first weekend collection of the movie is less than flops like Phillauri, Naam Shabana and Rangoon.

Talking about the budget, the production cost of the movie is around 12 crores. With 7 crores spent on advertising and promotion, the total budget of the movie is 19 crores. Begum Jaan needs to earn 30 crores to be called a hit. The movie is a box office flop as it won’t be able to achieve this number.

What are your views on Begum Jaan first weekend collection? Share your thoughts with us in the comments section.