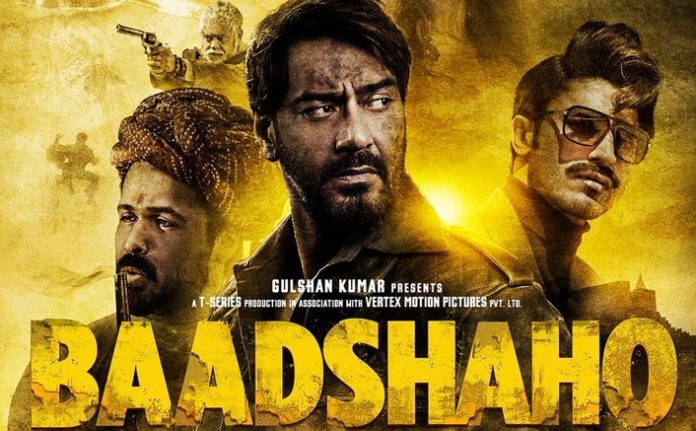 Two weeks ago, Ajay Devgn and Emraan Hashmi was one of the hottest films of the year. The trailer and songs of the movie were well received by the audience and the expectations were sky high from the film. But to everyone surprise, the team failed to make the most of the buzz the trailer has created. With just two days left for the film’s release, the buzz surrounding it has almost died. Baadshaho is facing a lot of issues and it seems that the movie will struggle at the box office unless the content turns out exceptional. Let’s have a look at Baadshaho box office prediction:

Positives with the film
1) Full on masala and entertaining trailer. Baadshaho trailer is among the most liked Bollywood trailers of the year.
2) Ajay Devgn’s fan following will make sure that the movie gets a decent opening.
3) Emraan Hashmi’s fan-following in small centres. The actor is back to what he is best at.
4) Desi film with mass appeal. Desi films are in demand these days. All the recent hits like Dangal, BKD, Hindi Medium, TEPK, Jolly LLB 2 have a desi feel.

Positives with the film
1) Clash with Shubh Mangal Saavdhan and tough competition from holdover releases like A Gentleman, TEPK, Bareilly Ki Barfi.
2) Low pre-release buzz: The buzz surrounding the movie is dying as the release date is approaching.
3) Another big issue for the film is the tension in states of Haryana, Punjab and other northern states. The movie is also expected to get affected by rains in several states of the country.

Considering all the above points, we expect Baadshaho to take a decent start at the box office. The opening will not be huge as the pre-release buzz is low. As per our estimates, the first day collection of the movie will be around 9 to 10 crores. After a decent opening, it will be about the word of mouth of the general audience. Generally, films like Baadshaho works well even with mixed reviews. We expect the movie to earn around 35 crores in the first weekend.

The above prediction is made based on the factors like star cast, release date, pre-release buzz etc. This is the final prediction made by us and will not be updated.

What are your expectations from Baadshaho? Share your prediction and views with us in the comments section. For more Bollywood updates and gossip, stay tuned to our blog.