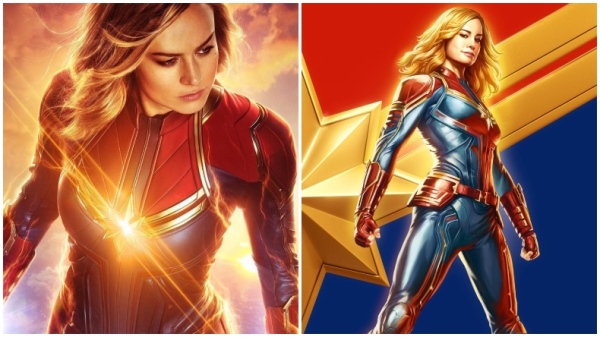 Captain Marvel 2nd day collection: After registering the second highest Hollywood opening of all time, Captain Marvel holds pretty well on its second day. As per early estimates, it earned around 13.5 crores on Saturday to take its two days total to 26+ crores.

Captain Marvel is the first female-led superhero film in the Marvel Universe. Released on 1900 screens, the movie got off to a huge opening as it earned 12.75 crores on its first day at the Indian box office. It is the second highest opening for a Hollywood movie in India beating Fast and Furious 8 (12.03 crores).

In terms of occupancy, Captain Marvel is performing better than all Bollywood movies released in 2018. On its opening day, the movie registered 65% occupancy which is better than Gully Boy and Total Dhamaal, two biggest opening day grossers of 2019.

On Saturday, Captain Marvel witnessed a growth of around 5% in occupancy. The overall occupancy on the second day was around 70%. This is a pretty solid number for a Hollywood movie.

The movie showing off a lot of power at the international box office. It earned $78 million in its first two days in 25 markets, including an estimated $34 million opening in China.

Disney reported that “Captain Marvel” is ahead of other first-installment MCU films such as “Black Panther,” “Doctor Strange,” and “Ant-Man” in most international territories.

In North America, Captain Marvel is off to a flying opening and is looking for a $150 million opening weekend. It earned $20.7 million from Thursday night previews, the 18th-highest of all time and the fifth-biggest for a Marvel movie, behind only the second and third “Avengers,” “Black Panther,” and “Captain America: Civil War.”

Starring Brie Larson in the role of Carol Danvers/Captain Marvel, the movie is directed by Anna Boden and Ryan Fleck. What are your views on Captain Marvel 2nd day collection? Share your thoughts with us in the comments section.