Crime-Thriller is the most sought genre on Indian digital OTT space. After the success of several thriller web series, the makers are now exploring short and feature films in this genre. ZEE5 has always been a torchbearer when it comes to thrilling Hindi content. The ace OTT platform has delivered top crime thriller shows like Abhay, Mafia, and Lal Bazaar. Now it has released a spy thriller film titled London Confidential: The Chinese Conspiracy.

As the name suggests, the film is an espionage thriller with Chinese conspiracy as its backdrop. Premiered on Sep 18 on ZEE5, London Confidential is getting positive reviews for its crisp editing, fast pace, gripping screenplay and power-packed performances. I watched the film yesterday and here is my review.

Written by author and journalist S Hussain Zaidi, the plot of the film revolves around finding an Indian spy who is a mole working for the Chinese government. While the world is still fighting against coronavirus, China plans to spread another virus on the Indo China border.

An Indian spy who has critical information about this deadly plan gets killed. Now, the onus is on the Indian agents to solve the mysterious death of a fellow agent and unveil the whole Chinese conspiracy. However, the problem for them is an Indian spy who is a mole helping the Chinese government.

As the Indian agents try to unearth the truth, they encounter several challenges as more murders and honey traps take place. The top priority of the Indian high commission is to find the mole. How the Indian team cracks this case is what the film is all about?

What works in the favor of the film?

The one thing that I truly loved about the film is its gripping screenplay and short runtime. Unlike a typical Bollywood film, there are no songs here.  It doesn’t waste any time and comes straight to the point. There are no unnecessary subplots to distract you which makes it an engaging watch from the first frame itself.

Where the film fails?

Though the film is entertaining, it is predictable at times. You know that #TheTraitorWithin and could see it coming. However, this doesn’t take the credit that #LondonConfidential is an engaging thriller with several layers in its plot that needs to be explored.

Talking about the performances, Mouni Roy as the pregnant Indian spy does a fine job. This is a good change for her from her earlier Bollywood performances in Gold and Made In China. Purab Kohli is naturally good. Kulraj Randhawa as the Indian high commissioner steals the show. Hope we will see more of her in the coming years. Pravesh Rana, Sharad Kelkar, and Mohan Kapoor shine in respective cameos.

The screenplay is gripping and director Kanwal Sethi does a decent job. The editing is water-tight and works in the favor of the film.

Overall London Confidential is a relevant watch in the current times when the whole world is fighting a battle against COVID. It is a decent watch thanks to its short run time (75 minutes). The narration and fast-paced screenplay is what keeps you engage throughout.

London Confidential is streaming on ZEE5. It is emerging as one of the top OTT platforms in India with a huge collection of movies, TV shows, and web series. 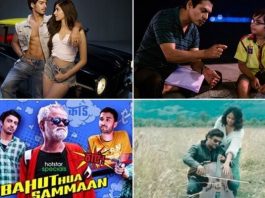 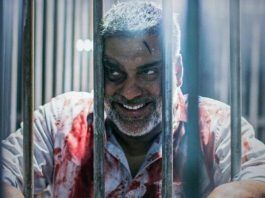 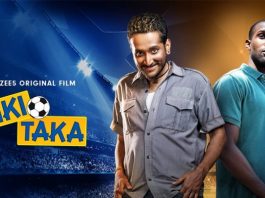