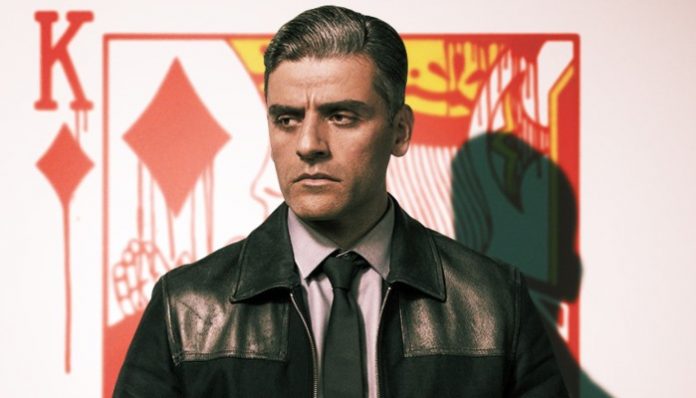 The Card Counter is now streaming on HBO Max. Everything you need to know.

Paul Schrader is a man known for producing great films, with First Reformed, which was released in 2017, right up there. But, following on from that, five years later, you could suggest that Schrader is back to his creative best with The Card Counter, which is now streaming on HBO Max.

In short, the premise is straightforward, with the story built around a guy names William Tell, played by Oscar Isaac, and he has the skill of being able to count cards. He developed the technique during a time spent in prison, and on release, he decided to travel and play blackjack and poker at casinos to make a living. He’s cautious with it, too, in the beginning, as he doesn’t go out to win huge sums. He takes modest amounts, allowing him to float under the radar.

What’s really interesting about The Card Counter and arguably one of the reasons why HBO picked it up as an option for their streaming service is that while it takes viewers on a journey of the exciting technique of card counting, which is arguably one of the reasons for the ever-growing phenomena of playing blackjack online, for example, there’s also a deep exploration of William Tell as a person, the life he lives, his motivations and so on.

Seeing the lead protagonist check into a motel room and then be meticulous in removing the pictures hanging on the wall, disconnecting the phone and the click, and wrapping the furniture in the room in white sheets sparks a lot of intrigue into his character. It can often be the case where a drama film is primarily focused on the plot, rather than who is involved, but Schrader delivers multiple layers in The Card Counter, and it’s a stunning watch.

And the storyline isn’t a straight line across. Things change, for example, when William visits a casino where a conference involving law enforcement occurs. He effectively goes from living this loner-like lifestyle to switching things up and following a different path. Again, it shows that Schrader developed The Card Counter with the intention of giving viewers a lot to think about, and that’s a big sell for a service such as HBO Max.

The best way to describe HBO Max’s The Card Counter is that it’s a gambling-based movie, but not in the way you expect. Yes, there is gambling going on because William Tell is a card counter; it’s how he makes a living. However, he’s more mathematician and surgeon-like than a typical gambler at the table. And this not only means there are layers to explore as viewers watch the storyline unfold, but it makes The Card Counter something everyone is going to find interesting to watch, even those who aren’t necessarily into gambling flicks.

Is South Park on Hulu or Netflix? How To Watch All 25 Seasons