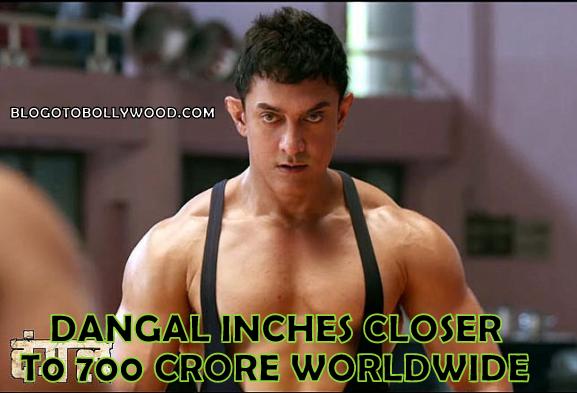 Aamir Khan’s ‘Dangal’ is on the verge of another big milestone. Nitesh Tiwari’s directorial venture so far has grossed 505.5 crores (nett. 361.81 crores) and 189 crores in the international markets. The total worldwide gross collection of the movie stands at 694.31 crores.

The movie will cross 700 crores by the end of the fourth weekend. It is currently the second highest worldwide grosser of Bollywood. Aamir Khan’s PK is at the top of the list with the collection of 792 crores. With Dangal, Aamir Khan has proved that he is the king of domestic as well as overseas Box Office. Have a look at the list of top worldwide grossers of Bollywood.