It’s been a terrible year for the entertainment industry all thanks to the COVID-19 pandemic. Only a few international movies made it to the big screens and the scenario it seems will remain the same for the next couple of months. After being delayed multiple times due to the ongoing coronavirus pandemic, Wonder Woman 1984 has finally released in theatres in the U.S. However, it is not a conventional release as the highly-anticipated DC Extended Universe sequel released in American theaters and HBO Max on Christmas Day.

Wonder Woman 1984 has been one of the most awaited movies since its announcement. There was a time when it would have worked wonders at the box office, however, things have changed a lot in the last 12 months. Despite being a festive release, Wonder Woman 1984 is expected to struggle big time at the box office. Several movie theaters are closed because of the pandemic, and in the ones which are open, attendance remains low since new cases continue to rise. This is one of the reasons why Warner Bros. has decided to release the movie simultaneously on big screens and HBO Max. As a result, the box office forecasts are lower than what they’d be had it come out under normal circumstances.

According to Box Office Pro, Wonder Woman 1984 is predicted to earn between $10-15 million domestically in its opening weekend. The is even less than what WB’s Tenet earned when it opened in September ($20.2 million). The other new releases are also expected to open low, with News of the World clinched at $3.7 million and Promising Young Woman valued at $1.7 million.

Well, the low opening is not much of a surprise as the movie has released in estimated 2,150 locations amid the ongoing surge of COVID-19 cases. Only 40 percent of domestic cinemas are open and with the streaming option available, the audiences may opt to stay home this weekend.

The fact Wonder Woman 1984 is also streaming on HBO Max simultaneously will definitely affect its box office numbers big time. However, one good news for Warner Bros. is that HBO max is seeing a huge surge in its subscriptions. The streaming giant added 4 million new subscribers this month, shortly after announcing WB’s entire 2021 film slate will release on HBO Max the same day as theaters.

Warner Bros. may compensate for low domestic box office numbers through HBO max subscribers. The big reason to worry for the makers is the international box office. Winder Woman has a terrible opening week in the international markets. It grossed only $38.5 million across 32 markets, which isn’t a great haul even amidst the pandemic. Even in a big market like China, Wonder Wiman 1984 failed and grossed only $18.8 million in the opening weekend.

The estimated budget of WW 1984 is around $200 million. In order to become a moderate success, it has to amass around $300 million which at the moment looks impossible. Tenet found modest success overseas, as $304.3 million of its $362.1 million global total came from the international box office.

WB would be hoping for a change in fortunes this Christmas. However, it looks tough with moviegoers cautious about going to the theater amidst a surge in COVID-19 cases. 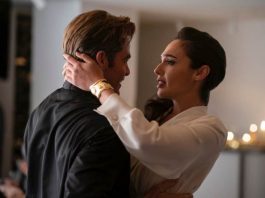 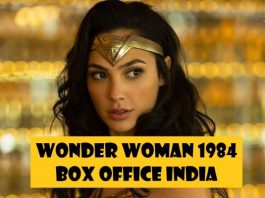 ‘Wonder Woman 3’ in the works with Patty Jenkins and Gal...