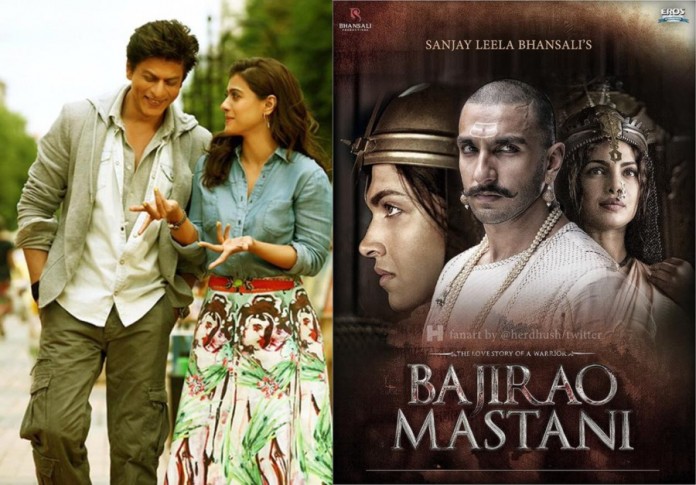 Deepika Padukone is all geared up for her next release Bajirao Mastani which also stars Ranveer Singh and Priyanka Chopra. Deepika will be playing Ranveer Singh’s second wife ‘Mastani’ in the movie.

Bajirao Mastani is one of the biggest releases of the year. The movie is all set to clash with SRK’s Dilwale and there were reports that the actress has called Shahrukh Khan and asked him to postpone Dilwale to 25 December.

Deepika, when asked about all this at the launch of the first song of movie clarified –

[quote]I think when you are working in a film like ‘Bajirao Mastani’, there’s no real time or head space to get even involved in something like that. As an actor, I think the only thing an actor can do is to do your part with honesty and conviction and you leave the rest to your professionals like the producers and directors who will make that call.”[/quote]

Bajirao Mastani is one of the most ambitious projects of Sanjay Leela Bhansali. The movie is slated to release on 18 Dec 2015 along with Rohit Shetty’s Dilwale which stars SRK, Kajol, Varun Dhawan and Kriti Sanon.

Now, you have heard what Deepika Padukone has to say, let us know what you think of Dilwale and Bajirao Mastani Clash on Dec 18. Share your views in the comments section.