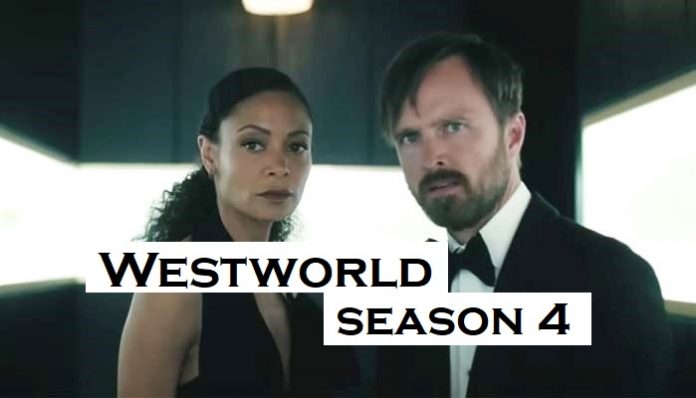 Debuted in 2016, Westworld is still the most popular HBO series. Over the years the series has achieved cult status with a loyal fanbase sticking to it. The fourth season of Westworld debuted on June 26, 2022. Three episodes have aired so far and the intriguing plot has kept viewers on their toes.

The fourth season titled ‘The Choice’ picks up 7 years after the end of the third. The war between humanity and Rehoboam has evidently ended in humanity’s favor. AI and androids are no longer prevalent in society. It is described by writers as a “dark odyssey about the fate of sentient life on Earth.” The season includes an amusement park modeled after a romanticized version of the American Mafia in the 1930s. With each episode, the plot is getting intriguing.

In the third episode titled “Annees Folles,” the members walk into situations that have no definite outcomes. It is like illusions that may lead to destruction. Those who have watched the previous episode are eager to know what’s next.

Here is everything you need to know about episode 4 of Westworld Season 4, including its release date, time, and where you can watch this.

Directed by Paul Cameron and written by Kevin Lau & Suzanne Wrubel, episode 4 is titled Generation Loss. It will release on HBO on Sunday, July 17, 2022, at 9 pm EST. It will also drop with subtitles available on HBO Max.

How many episodes are there in Westworld Season 4?

Like the previous season, the fourth season of Westworld also has 8 episodes. Season 4 debuted on June 26, 2022. A new episode airs every week on Sunday. The season 4 finale is scheduled to release on Aug 14, 2022.

Who is the cast?

Ariana DeBose, a recent Oscar winner for West Side Story, has joined the cast for the fourth season. James Marsden also returns. Here’s look at the star cast:

Viewers can watch Westworld season 4 on HBO on the date and time mentioned above. New episodes will also be available on the network’s streaming service HBO Max.