Ranveer Singh never ceases to amaze us. This time he has done so with the trailer of Ranveer Ching Returns directed by Rohit Shetty.

The trailer of Ranveer Ching Returns is here and Ranveer Singh, Rohit Shetty are back with an action-packed masala blockbuster. Going by the trailer, the world is running out of food and there is only one King who can save them… Ranveer Ching!

Few days ago, Ranveer Singh tweeted about an upcoming collaboration with director Rohit Shetty, the cat is out of the box as that collaboration is for Ching’s Secret, a desi Chinese brand of cuisine ingredients, condiments and ready-to-eat meals. Ranveer is the brand ambassador of Ching’s Secret. Last year also, Ranveer Singh had done a quirky song ‘My Name is Ranveer Ching’ and the ad became quite popular.

Now after almost a year, he is back again with something really interesting. It also features Tamannah Bhatia and is directed by Rohit Shetty. The story is written by Rajesh Narasimhan, screenplay and dialogues by Milap Jhaveri. The song has been originally composed by Shankar Ehsaan Loy and has been remixed by DJ Chetas. The lyrics are written by Gulzar while the choreography is done by none other than Ganesh Acharya.

Hold on to your horses, #RanveerChingReturns on 19th August! 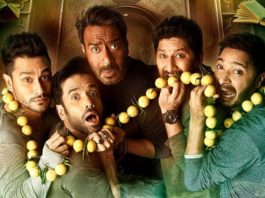