Another big month for OTT lovers is coming to an end. In the last week of Feb 2022, we will see some interesting content debuting on various digital platforms. Netflix has a big lineup this weekend with shows like The Fame Game and Vikings: Valhalla. Some fascinating regional content is also lined up to release this week on OTT platforms. Here’s a look at the top 7 movies and shows releasing on OTT in the last weekend of February.

The Fame Game (Streaming on Netflix on Feb 25)

The first of three seasons of the historical spin-off series to Vikings. This series starts a century after the original series and tells the tales of some of the best-known Norsemen in history. The series is created and written by Jeb Stuart best known for writing movies like Die Hard and The Fugitive.

Netflix has been churning a lot of Korean content since the historic success of Squid Game. The new Korean crime drama Juvenile Justice tells the story of a judge, who is known for her dislike of juveniles, getting appointed as judge of a juvenile court.

Portuguese comedy series about a thirty-year-old travelling back to age 15 and starting interfering in others’ lives — until she realizes the only life that needs fixing is her own.

Drishya 2 is a Kannada remake of the 2021 Malayam movie Drishyam starring Mohanlal. A sequel to the 2013 movie Drsihya, the movie features Rajendra Ponnappa as he tries everything to save his family once more.

It is the continuation of Rajendra Ponnappa and his family’s story and the movie depicts how Tarun’s murder changed their lives.

Released in 2021, Ajagajantharam is a Malayalam action-thriller movie directed by Tinu Pappachan. Starring Antony Varghese, Kichu Tellus, Arjun Ashokan and Sabumon Abdul Samad in lead roles, the movie was a blockbuster at the box office.

The village of Aranjali is all set to celebrate the annual temple festival. Some unexpected chain of events involving an elephant, a few young men, a notorious criminal, a drama group and some trouble-loving villagers brings complete havoc to the place.

The movie revolves around Joymonwho is desperate to escape his lonely, boring and routine life in remote freezing Canada and decides to travel to his hometown in Kerala to celebrate his 30th birthday. 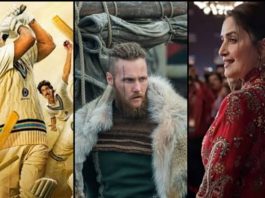 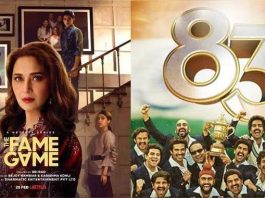 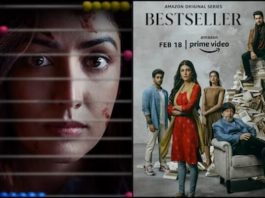