From Gal Gadot’s ‘Death On The Nile’ to Puneeth Rajkumar’s last film ‘James,’ here’s our list of the top 5 movies that release on OTT, this week.

A number of movies and web series are making their way to OTT this week. loFrom Gal Gadot starrer ‘Death On The Nile’ on Hotstar to Sakshi Tanwar’s ‘Mai’ to Puneeth Rajkumar’s last film ‘James’ on SonyLiv, here’s our list of the top 5 titles that release on OTT, this week.

James on Sony LIV on Apr 14

Directed by Chethan Kumar, the movie also stars Shivaraj Kumar, Priya Anand, R. Sarathkumar, and Srikanth among others. James is an action-thriller about a man named James who runs a security agency and has been commissioned to take care of a family that owns a drug cartel. But is there more to who Santhosh (James) really is?

Death on the Nile on Hotstar on Apr 15

Death on the Nile is a mystery movie based on Agatha Christie’s 1937 novel of the same name. The film revolves around a Belgian sleuth Hercule Poirot’s Egyptian vacation aboard a glamorous river steamer that turns into a terrifying search for a murderer when a picture-perfect couple’s idyllic honeymoon is tragically cut short.

Beast, KGF 2 & James: A Thrilling Week Is On Cards For Movie Lovers

Akshay Kumar’s Bachchan Pandey debuted in theatres on March 18, 2022, and tanked at the box office. It will make its digital debut on Amazon Prime Video on April 15, 2022.

Directed by Farhad Samji, it is a Hindi remake of the 2014 Tamil film Jigarthanda which itself was inspired by the 2006 South Korean movie A Dirty Carnival. The movie also stars Kriti Sanon, Arshad Warsi, Jacqueline Fernandez, and Pankaj Tripathi.

The movie is about two brothers, Karthi and Sidhu who live with their mother. As a family, how they face life and deal with all the challenges thrown at them is what forms the crux of the story.

This Telugu family drama movie revolves around Chiranjeevi, who was raised by five strong-headed women, including his mother Aadhi Lakshmi and aunts Padmamma, Sharadamma, Gouramma, and Krishnamma.

The movie follows his search for a suitable wife who has to be accepted by all the five women, who often criticize and reject practically every bride match he receives. The movie stars Sharwanand, Rashmika Mandanna, Khushbu, Radhika Sarathkumar, and Urvashi. 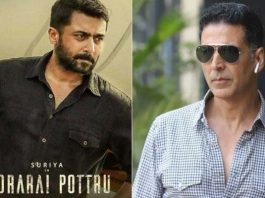 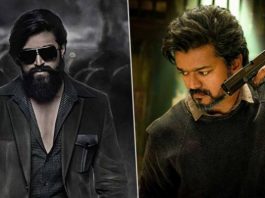 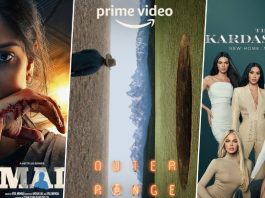