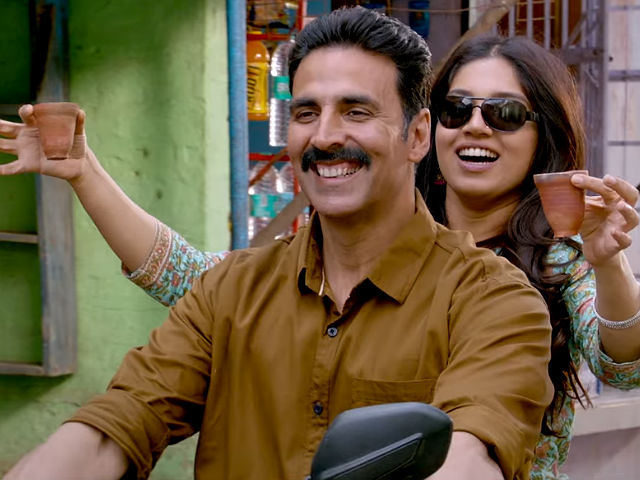 Toilet Ek Prem Katha Budget, Screen Count, Economics: 2017 has been a poor year for Bollywood. The things have got worse in the last three months as biggies like Tubelight and Jab Harry Met Sejal tanked at the box office. All eyes are now on Akshay Kumar and Bhumi Pednekar starrer Toilet Ek Prem Katha. The producers and distributors would be hoping the film to provide some relief. Things are looking in the favour of the film and it is expected to take a reasonable start at the domestic box office. Let’s have a look at some important details of the film:

With Jab Harry Met Sejal biting the dust, the movie is expected to have a huge release. As per early estimates, the film is expected to release on around 3200 screens.

Jab Harry Met Sejal was cleared by censor board with U/A certification. Cleared with three verbal cuts, the movie has a run time of 2 hours 55 minutes.

All India distribution rights of the movie have been sold for 50 crores. The music and satellite rights have been sold for 12 crores and 25 crores respectively. Thus, the producers have made big on table profit before the release of the film. Here’s a look at box office economics of the film:

The movie has created good pre-release buzz. The trailer of the movie has found good appreciation among the audience. Akshay Kumar is at the top of his game and we are expecting him to deliver his fifth consecutive 100 crore film with TEPK. We are expecting the movie to earn around 14 crores on the first day and around 125 crores in its lifetime. Predict the opening day collection of Toilet Ek Prem Katha right here.