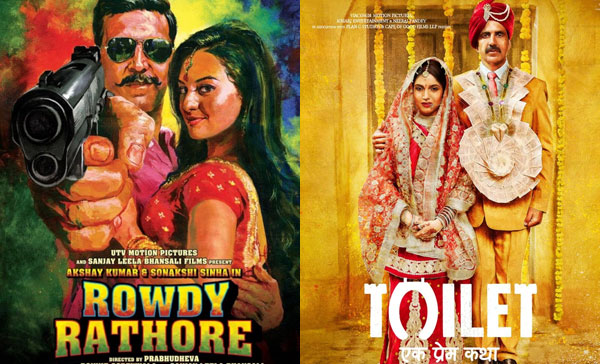 Talking about Akshay Kumar’s highest grossing movies, Airlift is at the third position followed by Rustom and Jolly LLB 2.

Akshay Kumar is going through a dream phase of his career. His last five releases in 18 months have grossed 100 crores In India. His terrific form is expected to continue as he has some really good movies in his kitty. Akshay Kumar upcoming movies include names like Robot 2, Padman, Gold, Mogul, Kesar and Crack.