Titans is returning for a third season with a new home in the United States. Here is everything we know.

Titans is returning for a third season, and this time it has a new home in the United States. Originally developed for the US-only DC Universe app, season three of the popular superhero series will make its debut on HBO Max.

Based on the DC Comics team Teen Titans, the show follows a group of young heroes join forces and work together to fight evil and other perils. The Titans fight against crime in various locations, including Detroit and San Francisco.

Now we know the third season is coming, but when will it arrive? Who are the cast members and what can we expect? Season 2 ended with plenty of questions left to be answered. While we don’t know much about the plot, here’s everything we know about Titans season 3.

The previous seasons premiered in October 2018 and September 2019, with a third season planned to release by Fall 2020. However, Covid-19 had some other plans, as it delayed the filming, pushing the premiere indefinitely.

The filming for season three commenced on October 13, 2020, and is set to conclude on June 10, 2021. The good news for the fans is that the makers have announced the release date. Titans Season 3 will arrive on HBO Max in August 2021. HBO  Max will release the exact release date shortly.

Who will return to the cast of Titans, and will there be new members?

Iain Glen, who played Bruce Wayne in season 2 will also return for the upcoming season. We will see a lot of fan-favorite characters from the world of Batman.

Vincent Kartheiser will play the DC villain Scarecrow. Actress Savannah Welch has been confirmed to play Barbara Gordon (Batgirl), while Jay Lycurgo has been cast as Tim Drake.

Titans Season 3: What to expect?

Collider spoke to director Alan Ritchson about the upcoming new season, and here’s what he had to say.

“It’s the best season yet, and I’m not using hyperbole. Show shows are very big, and this is one of those shows that’s very big. It’s a huge cast. It’s a huge property. There are a million different ways to tell the story and it sometimes takes a season or two to figure out who to focus on and what exactly is driving this thing. They’ve done a really good job. All of the seasons have been good, but there’s an excellence to this because everybody has figured out what we wanna focus on and who we wanna tell the story through. It’s just a little more focused than it has been, and it’s working really well. It’s the best season yet, by far.”

According to stars Brenton Thwaites, Anna Diop, the show’s third season will be “Dark, mysterious, exciting and heartbreaking.”

Do we have a season 3 trailer yet?

As the filming is on and will conclude on June 10, 2021, we can’t expect the trailer to release before that. Trailers generally drop a month around the premiere date. So, once we know when that is, we’ll have a better idea. For the time being, watch the second season trailer:

When will Titans season 3 be on Netflix internationally?

Titans is a popular superhero show not only in the United States but in other countries as well. As HBO Max is not available outside the United States, fans are waiting for the show’s premiere on Netflix.

Now the big question is when will Titans season 3 be on Netflix internationally. Well, that depends on when the show premieres on HBO Max. Previous seasons have arrived on Netflix every January, but that’s when the series had a fall release schedule.

Considering the release pattern of the last two seasons, we’d expect the show to arrive on Netflix 1-2 months after season three finishes airing on HBO Max. 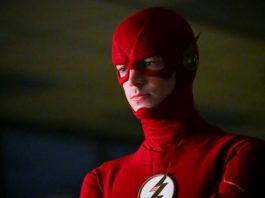 The Flash Season 7 Episode 12 Release Date, Time On The... 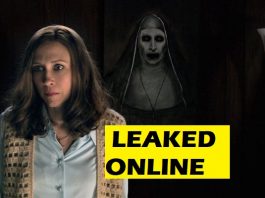 The Conjuring 3 Full Movie Leaked, Available For Free Download on... 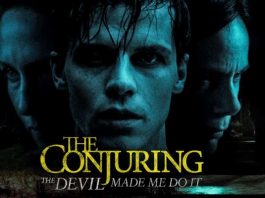 The Conjuring 3: Release Date, Plot, Cast, and Everything We Know