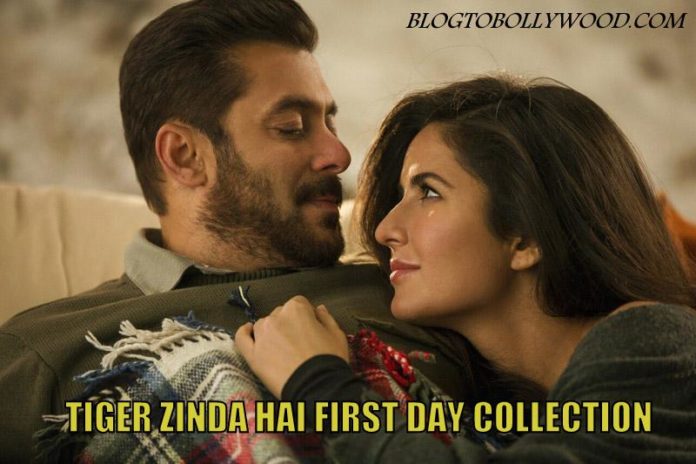 Tiger Zinda Hai 1st Day Collection Report: As predicted by us, Salman Khan’s Tiger Zinda Hai is off to an earth-shattering opening at the domestic box office. Released in 4600 screens in India, the movie recorded around 75% occupancy in the morning shows across the country. This kind of opening was always expected as the film created huge pre-release buzz. The advance booking reports were exceptional and best of all time.

The movie recorded around 75% occupancy in the morning shows. In terms of occupancy, it is the best opening of 2017 beating Golmaal Again and Raees. Comparing it with other Salman Khan films, the opening is better than Tubelight but less than Sultan and PRDP. Sultan and PRDP were released on big holidays while TZH is a non-holiday release.

The movie remained stable in the noon and evening shows. The single screens in mass centers are performing exceptionally well. Salman Khan’s core fan following is coming in big numbers. The night shows are likely to be affected because of cold weather especially in north Indian states.

As per numbers shared by Taran Adarsh, Tiger Zinda Hai earned 33.75 crores on the first day. The movie has received good reviews from the critics. The word of mouth is also positive and we can expect huge numbers in the coming days. Tiger Zinda Hai is Salman Khan’s 3rd highest opening day grosser.

It has the highest opening day grosser of 2017 by beating Golmaal Again. It is also the second highest non-holiday opener after Dhoom 3.

What are your views on Tiger Zinda Hai first day collection? Share your thoughts with us in the comments section.