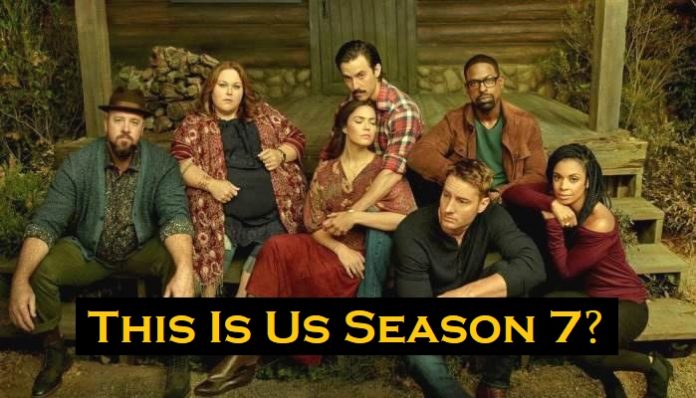 There won’t be This Is Us Season 7 as the series concluded with the sixth season. You can always re-watch all the previous seasons.

This Is Us is an American family drama series created by Dan Fogelman with a spice of romance and tragedy. The story covers multiple elements throughout the series and is one of the most popular shows in America and other countries. It stars several renowned actors such as Milo Ventimiglia, Mandy Moore, Sterling K. Brown, Chrissy Metz, Justin Hartley, Susan Kelechi Watson, and more. The series originally premiered on NBC on September 20, 2016, and concluded with Episode 18 of Season 6, on May 24, 2022. So what’s next? Will, there be This Is Us Season 7? Here’s what you need to know.

Will there be ‘This Is Us Season’ Season 7?

Unfortunately, we won’t be getting a seventh season of This Is Us. Dan Fogelman, the creator of the series announced in May 2021, that Season 6 will be the final season of the popular series. He said, “It’s hard ending something you love, so I don’t know that everybody feels right now it’s the right place to end it.”

This Is Us Season 7 was never going to happen as the series officially announced that the franchise will come to conclusion in terms of storyline and characters arcs by the end of Season 6.

Although the series is becoming even more popular day by day and has great streaming figures, Fogelman won’t go for another season now. So sadly, Season 6 is the last time we’re seeing The Big Three and others on screen.

Why did the series get canceled?

Well, that’s definitely a big question for all the This Is Us fans out there. According to Dan Fogelman, another season would be unnecessary and it would question the quality and virtue of the series. Also, he had this decided in 2016, even before the series premiered. “It’s because we exactly planned it to go this way,” he said. “And so we’re on a five‑year path, and to suddenly pivot and add more because we don’t want it to end, it wouldn’t be quite responsible to the show and what we have planned, and it would start becoming something else.” Although what he said is quite sensible, fans are not ready to bid goodbye to their favourite series.

Be there for the final moments.

Will there be a spin-off series or a movie?

As for now, there is no official announcement on a spin-off series or a movie. Here’s what Dan Fogelman said about this, “Once you’ve seen the completion of Season 6, the stories of these characters are told. So there is no real spinoff because you kind of know everything. Is there another play for the show? I guess you’d never say never, but I don’t see it. It’s personal to me, and I don’t see myself picking this thing back up.” 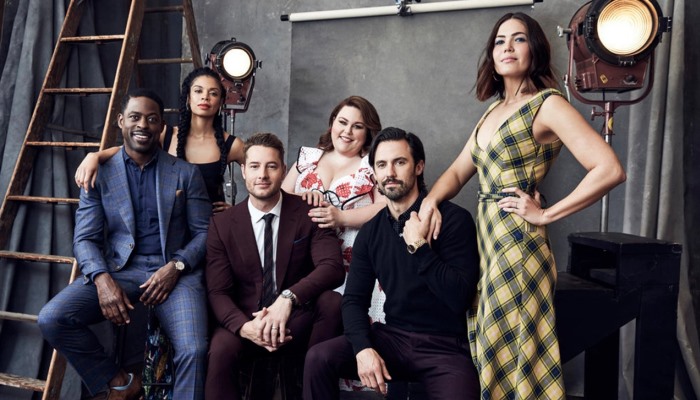 Talking about a This Is Us movie, well, that’s too much to ask for, right now. Although, Fogelman hasn’t ruled out the possibility of a movie. He said in an event, “I’m very aware that a midlife crisis is right around the corner for me and that whatever I do next I’m going to hate in comparison to this show and these actors. So I say no to nothing… If we can figure out a movie down the road, I’d love to get back together with these guys and do it.” Justin Hartley, on the other hand, said he would do a trilogy movie, and that he would do a movie every year with his co-stars.

Where can I watch This Is Us?

The show is available to stream on multiple platforms so that it is available to more and more people around the world. NBC, being the official broadcasting partner, has the whole library of This Is Us episodes ready for you to binge. Apart from that, you can also stream the series on OTT Platforms such as Amazon Prime and Disney+ Hotstar in India.

This Is Us is also available on Hulu Plus, Peacock, and fuboTV. The series is available to rent or buy on iTunes, Google Play, Amazon Prime, and Vudu, with various subscription packages based on the region.

This Is Is Plot: What the series is about?

The official synopsis of the series as highlighted on the NBC website states, “Everyone has a family. And every family has a story. “This Is Us” chronicles the Pearson family across the decades: from Jack (Milo Ventimiglia) and Rebecca (Mandy Moore) as young parents in the 1980s to their 37-year-old kids, Kevin (Justin Hartley), Kate (Chrissy Metz), and Randall (Sterling K. Brown) searching for love and fulfillment in the present day.

This grounded, life-affirming dramedy reveals how the tiniest events in our lives impact who we become, and how the connections we share with each other can transcend time, distance, and even death. From the writer and directors of “Crazy, Stupid, Love” comes a smart, modern show that will welcome you into a family you feel you’ve known for years.”

So, there won’t be This Is US Season 7. We know the fans will miss this lovely show. But, all good things come to an end. You have the option to re-watch the episodes on NBC.

The Blacklist Season 10 Confirmed! Here’s everything to know

When will ‘The Blacklist’ Season 9 be on Netflix? Global Release Schedule

Manifest Season 4: Everything We Know About The Final Season