‘The Wheel Of Time’ is an American epic fantasy series set to premiere on Amazon Prime Video. Here’s everything you need to know about it.

Since the grandiose success of “Game of Thrones” on HBO, several TV and digital networks have been looking to repeat the success with the next big epic fantasy series. The streaming giant Netflix tasted success with “The Witcher,” a fantasy drama that garnered love from viewers. Amazon, on the other hand, is coming with an even bigger project titled The Wheel Of Time.

The Wheel of Time is an American epic fantasy series based on Robert Jordan’s bestselling novel series of the same name. The series spans 14 main novels and a few other works set in the universe, including, a prequel novella entitled “New Spring.”

The epic fantasy series is produced by Sony Pictures Television and Amazon Studios, with Rafe Judkins serving as showrunner. Ever since the announcement, the fans of the fantasy dramas have been waiting for the show to premiere on Amazon Prime Video. Here’s everything you need to know about The Wheel of Time TV Season 1. 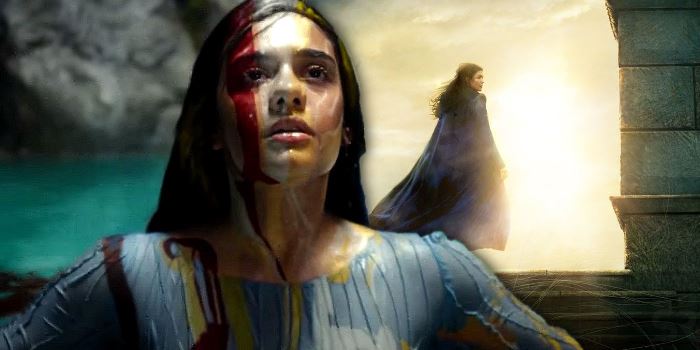 What is the Plot of The Wheel Of Time?

The Wheel of Time takes place during a time known as the “Third Age,” which is roughly more than three millennia past a cataclysmic event known as “The Breaking of the World,” which put an end to a technologically advanced era known as “The Age of Legends.” In this universe, magic (controlled through an ability known as “channelling”) is real and society looks a whole lot like medieval Europe.

The first season of Amazon’s adaptation is based on the first book in the series, The Eye of the World, which follows Moiraine Damodred, who is a part of Aes Sedai (an all-female magic organisation) and her attempts to find the Dragon Reborn, a prophesized figure whose actions will eventually save or doom humanity.

Accompanied by her friend Egwene al’Vere and wise-woman Nynaeve, the group sets off for the Aes Sedai city of Tar Valon, avoiding forces sent by the Dark One along with the search of the Dragon Reborn. The multiple subplots of the book are coherently integrated into the narrative and make for a great read. In order to familiarize the audience, the official Wheel of Time on Prime Twitter account hosted a book club during quarantine, so you can read along with fans old and new.

Who is in the cast of The Wheel Of Time Season 1?

For an epic fantasy drama, Amazon Studios has raked in some big names. Here’s a look at some bo names that are going to star in the first season.

When will The Wheel of Time Season 1 premiere?

The good news for fans is that they don’t have to wait much as the epic drama will premiere next month. Unlike Netflix that drop the full season at once, Amazon will continue with its trend of weekly episode releases.

To keep the ball rolling, Amazon Prime Video has decided to drop the first three episodes of “The Wheel of Time” on its premiere date i.e. Nov 19, 2021. Going forward, a new episode will release weekly all the way through Dec 24, 2021. 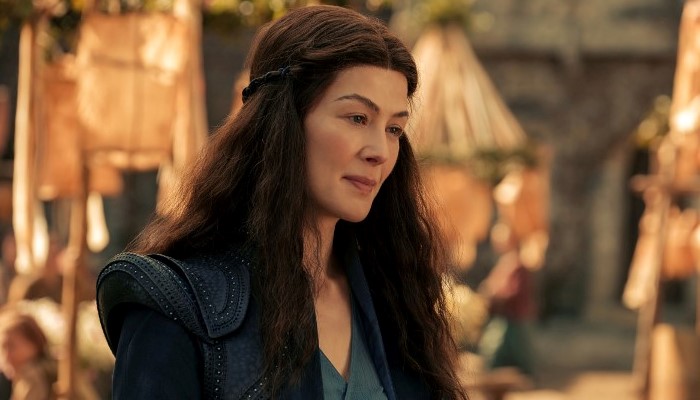 Is there a Trailer for The Wheel Of Time Season 1?

Amazon Prime Video launched the trailer of the epic fantasy drama on Sep 2, 2021. Needless to say, it received a tremendous response. The viewers have gone gaga over the trailer and just can’t wait for the show to drop on Prime. Watch the trailer right here:

How many episodes are there in the first season?

There are a total of 8 episodes in the first season (via Nerdist). The titles of the first six episodes have been revealed. Here’s a look:

Will there be ‘The Wheel Of Time’ Season 2?

Amazon seems to have a great deal of confidence as it renewed the show for a second season in May 2021. The production for the second season commenced in summer 2021.

Are you excited for The Wheel Of Time Season 1 premiere? Share your views with us.

A Discovery of Witches Season 4: Renewed or Cancelled?

Legacies Season 4 Netflix Release Date: When Will Season 4 Be On Netflix US?