Will there be ‘The Society’ Season 2 on Netflix? Here’s what we know.

The Society debuted on Netflix on May 10. 2019. After the success of the first season and the cliffhanger ending, Netflix confirmed that ‘The Society’ season 2 will release in 2020. However, the streamer cancelled the hit teen drama in August 2020 thanks to the global pandemic. before getting into detail let’s give you some details about the show.

‘The Society’ is another teen drama on Netflix that focuses on the lives of high-school students and the mystery involved. Created by Christopher Keyser, the show follows the story of a group of teenagers who must learn to operate their own community after the rest of the people of their town vanishes.

The mystery begins when the students of the local high school return early from a cancelled trip and discover that everyone else is gone. The town is surrounded by dense forest. The outside world seems to have disappeared and cannot be reached by phone or the Internet. The town becomes the new world for these teenagers as they devise their own rules and laws to survive. Surviving in a new mystery world is a big challenge for them.

Season 1 of ‘The Society’ ended on a cliffhanger. It received positive responses from the audiences and since then fans are desperately waiting for season 2 to drop on Netflix. Netflix initially renewed the series for a second season but eventually cancelled after one season as a result of the COVID-19 pandemic.

Along with ‘The Society’, Netflix also cancelled the mystery teen drama ‘I Am Not OK With This‘ after the first season. The fans were expecting both shows to return as their first season garnered a positive response.

In a statement addressing the cancellation, Netflix said: “We’ve made the difficult decision not to move forward with second seasons of The Society and I Am Not Okay With This.

“We’re disappointed to have to make these decisions due to circumstances created by COVID, and we are grateful to these creators, including Jonathan Entwistle, Christy Hall, Shawn Levy, Dan Levine, Dan Cohen and Josh Barry at 21 Laps Entertainment for I Am Not Okay With This; Chris Keyser, Marc Webb and Pavlina Hatoupis for The Society; and all the writers, casts and crews who worked tirelessly to make these shows for our members around the world.”

Showrunner Chris Keyser stated to a source about the show. “We spent the last bunch of months getting ready to go back again, dealing with all the COVID protocols. And then I got a call from Netflix saying, ‘We have made this decision.’ It was obviously pretty upsetting and abrupt.”

The fans are not happy after the cancellation of the show. Almost everyone believes that ‘The Society’ deserves at least one more season to wrap up its story. There are two petitions on Change.org. The first petition is to renew the show for the second season which has been signed by 1,32,000 people and still counting. The other one is to HBO Max to revive the show. It has so far received 8700+ signatures.

Star Kathryn Newton signed the petition personally and shared it on Twitter. “The save the society petition made me feel so happy I signed it Hehe #TheSociety so much love!”, she tweeted.

The save the society petition made me feel so happy ❤️🥺 I signed it Hehe #TheSociety so much love!

Can fans revive the show?

As mentioned above, fans are upset with the show’s cancellation. All they want is the next season. The fans shared their disappointment on Twitter. Let’s have a look at some tweets:

i'm still mad #TheSociety got cancelled after one season and we'll never know what the hell was going on pic.twitter.com/iF61QEMFdB

Fans are yet not over the show.

The fans are definitely not happy with Netflix.

Did Netflix spend all their money on Don’t Look Up instead of giving us Season 2 of #TheSociety like they promised pic.twitter.com/a8hxqRYZGg

I just finished watching the society…. how can I get on the #savethesociety committee?????? @netflix WTF HAPPENS #thesociety pic.twitter.com/qWEhPLPUVZ

Stop resurrecting failed shows from other networks and bring back the best original y’all ever had @netflix #TheSociety pic.twitter.com/TOQy0S1A9D

The fans are still hopeful that Netflix would renew ‘The Society’ as the anticipation is too high. We too feel that show like ‘The Society’ deserve better treatment and need at least one more season. While we hope for the good, you can stream The Society Season 1 on Netflix. 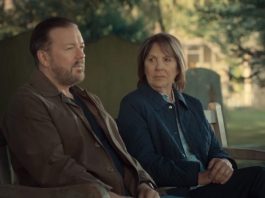 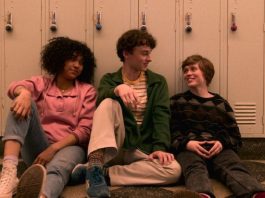 I Am Not Okay With This Season 2 Netflix Release Date... 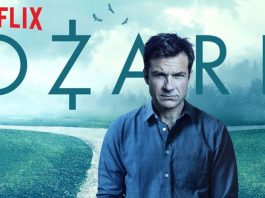