The second of American horror drama ‘The Order’ is all set to premiere on Netflix on June 18. Here’s all the details you need to keep in mind before watching season 2.

A Netflix original horror, supernatural American drama ‘The Order’ is about a secret magic society involving monsters and dark magic. The first season of ‘The Order’ was premiered a year back on March, 7th, 2019 on Netflix. The series is created by Dennis Heaton. The viewers claims that ‘The Order’ isn’t receiving as much attention as it deserves. The show has an exciting theme and it let us experience the mysterious evil forces along with romantic storyline as well.

The Order is returning to Netflix with its second season which will premiere on Netflix on June 18th, 2020 worldwide. Here’s everything you need to know about the second season of ‘The Order’.

How many episodes will be there in The Order Season 2?

Season 1 had 10 episodes. In March 2019, it was announced that the second season will also be following the same episodes count that is 10 episodes.

What can fans expect from season 2 of The Order? Trailer Explained

The plot of season 1 digs deep into the life of one of the characters Jack (Jack Manley) a college student, who joins a secret dark magic society of Hermetic order after the death of his mother. Season 1 unravels some dark truth of this dark practice of magic including monsters, werewolves or other ghost-like creatures. Season 1 also saw Jack’s romantic interest towards Alyssa (Sarah Grey).

The announcement of The Order season 2 was made earlier on 29th, March 2019, just after few days of the premiere of first one saying “You summoned it! The Order Season 2 is coming to Netflix! If you could use dark magic to shape the next season, what would you want to see?”

Read: Most anticipated shows on Netflix

However, the fans waited for more than a year for the second season’s trailer. The official trailer of The Order season 2 dropped on June 15th, 2020 saying “Welcome back to The Order. See you in 3 days. June 18, only on Netflix.”

After analysing the trailer, we can see the Knights struggle to regain their memories stolen from them by The Order and they crave retribution. The rivalry will unfold between werewolves and the magicians which will reach a breaking point until a greater evil threatens to destroy them all.

The main protagonist of the series will be back without any doubt. Some characters will not be returning in the second season due to character deaths. Following characters will return:

New characters will join the series for the second season. But their names haven’t been dropped yet.

The Order Season 2 in on its way to Netflix and will premiere on June 18th, 2020. Till then, you can stream the first season of this supernatural and horror series on Netflix. 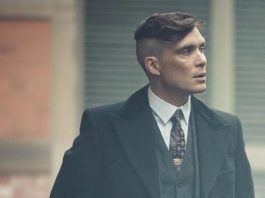 Peaky Blinders 6: Netflix release date, cast, plot and everything else... 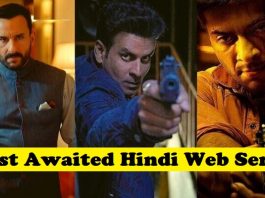 Most Awaited Hindi Web Series 2021 That Are Worth Binge Watch