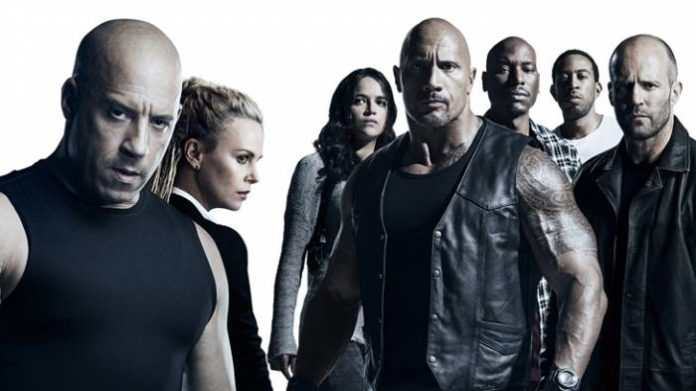 A big weekend awaits moviegoers as the last film of Hollywood’s most successful franchise will hit the theatres on 13 April 2017. Vin Diesels’s The Fate of the Furious (Fast & Furious 8) will compete with Vidya Balan’s Begum Jaan. Both movies have a different genre. Begum Jaan will have a very different audience from Furious 8. So the chances of eating each other’s business are almost zero. It is going to be an interesting weekend at the box office. Let’s have a look at The Fate Of The Furious box office prediction.

The Fate Of The Furious Box Office Prediction: Hype And Buzz

Fast And The Furious is the most famous and successful Hollywood franchise in India. Moviegoers in India love Hollywood action and thriller films and Furious series films have always offered something thrilling and entertaining. The expectations are big this time around as well. Furious 8 is the last film of the franchise and the fans are eagerly waiting for it.

Furious 8 is the last film of the franchise and the fans are eagerly waiting for it. The previous film of the franchise, Furious 7 was the first Hollywood film to cross 100 crores in India. Being Paul Walker’s last film also worked in the favour of the film. The pre-release buzz may have died in the last couple of weeks but we can’t ignore that Furious 8 s the most awaited Hollywood movie of 2017. The Fate Of The Furious Box Office Prediction: Our Expectations

Releasing on around 1700 screens across the country, The Fate Of The Furious is expected to take good opening today. As per our prediction, the opening day collection will be in the range of 7 to 8 crores. The movie will grow over the weekend as it may go past 50 crores mark on Sunday.

I expect the movie to cross 100 crores as the craze is sky high and it is the last movie of the franchise. As per my predictions, the lifetime collection of Furious 8 in India will be 120+ crores. The Fate Of The Furious Box Office Prediction: Trade Expectations

The Fate Of The Furious Box Office Prediction: Over To You

If you are a big fan of Furious serious, it won’t be difficult for you to predict the box office fate of the movie. Please share your thoughts and predictions with us in the comments section.