Telugu movie Red is finally hitting the theatres today. Here is everything you need to know about its release, review, star cast, box office and more.

2021 is a crucial year for the entertainment industry as all holdover big movies will release this year. While Bollywood filmmakers and producers are still reluctant about the release of big movies, the South Indian film industry has taken a step forward. Yesterday, we saw Vijay Thalapathy’s Master got off to a tremendous box office opening. Today, another big south Indian movie is releasing in theatres. We are talking about Telugu movie Red starring Ram Pothineni in the lead role. Let’s have a detailed look at its star cast, plot, box office report.

The movie is about two lookalike men, Siddharth, a civil engineer and Aditya, a thief. One of them breaks into a man’s house and brutally kills him. The police start the investigation and capture one of the lookalikes on the basis of some evidence. As the investigation continues, they also come across another lookalike. Now, they have to find the real murderer among the two. The movie has an interesting plot and it would be interesting to see how the audience responds to it.

Initially scheduled for theatrical release on Apr 9, 2020, Red got delayed due to the COVID-19 pandemic. Now, it is releasing on Jan 14, 2021. It is dubbed into seven languages, Kannada, Malayalam, Bengali, Bhojpuri, Marathi, Tamil, and Hindi. Kannada version is releasing today. The Tamil version will release on OTT. Other versions will release later.

As per the reports coming, Red is releasing on around 1500 screens in Andhra and Telangana. However, the buzz is not as strong as Vijay Thalapathy’s Master. Last week Telugu release Krack has faired well. It collected around Rs 23 crore in 4 days.

With covid restrictions in place, the box office numbers will be affected as theatres are running with just 50% capacity. However, there is an added advantage of Makar Sankranti holiday. I am expecting Red to collect around Rs 10 crore on its opening day. It would be a fair start for the movie in these testing times.

We will keep on updating this post with the latest updates on Telugu movie Red. Stay updated and bookmark this page. 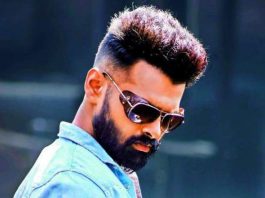