Supergirl Season 6 Netflix release date: Here’s when the sixth and final season of The CW’s superhero TV series releases on Netflix US.

Supergirl is an American superhero TV series that airs on The CW network. It is based on the DC Comics character Supergirl, created by Otto Binder and Al Plastino. It is the third series set in the Arrowverse after Arrow and The Flash. Supergirl or Kara Danvers is a costumed superheroine and Superman’s cousin and also one of the last surviving Kryptonians. Melissa Benoist plays a titular role in the series. Supergirl premiered on CBS on October 26, 2015. It moved to The CW for the second season in 2016. Since then The CW has been home to the superhero series.

The sixth and final season of Supergirl is currently airing on The CW. Millions of viewers watch the superhero series on The CW and even more wait for its premiere on Netflix to binge-watch. The fans are waiting for Season 6 to arrive on Netflix. So, when is Supergirl season 6 releasing on Netflix? Here’s is everything you need to know.

How many seasons of Supergirl are there?

How many episodes are there in Supergirl season 6?

Supergirl is one of the big hits on The CW. The sixth season is currently airing on the network. Season 6 premiered on Mar 30, 2021. The show took a midseason break between May and August and returned with new episodes on August 24, 2021. As per the reports, Season 6 of Supergirl has 20 episodes. Episode 15 of the season titled Nightmare in National City aired on Oct 19, 2021. The CW recently announced that “Supergirl” will air its two-part series finale on November 9, 2021, and bring back the original cast.

When will Supergirl season 6 arrive on Netflix?

As per the contract, The CW shows arrive on Netflix just eight days after the season finale. Shows like “All American,” “Riverdale,” and “The Flash,” are released as per this contract.

Supergirl Season 6 finale will release on The CW on Nov 9, 2021. Considering that the show follows the same contract, the sixth and final season of “Supergirl” will premiere on Netflix on Nov 17, 2021.

As per Unogs, Supergirl is available to Netflix subscribers in 30 counries. However, this may change in the near future as new shows on The CW are heading to HBO max. Viewers in India can watch Supergirl on Amazon Prime Video.

If you haven’t, you can watch Supergirl Season 1 to 5 on Netflix.

Is this the final season of Supergirl?

Yes, season 6 is the final season of the Arrowverse series. One of the long-running series saw Kara (Supergirl) grow like a normal young woman, while also trying to become the best superhero. While the series is coming to an end, we can expect Kara and other characters to star in other Arrowverse shows such as The Flash, Legends of Tomorrow, Batwoman, and Superman & Lois. 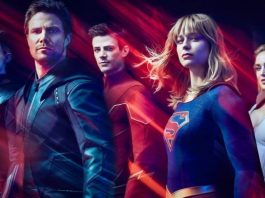 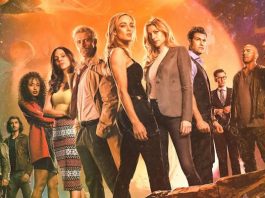 ‘Legends of Tomorrow Season’ 6 Now Streaming on Netflix US 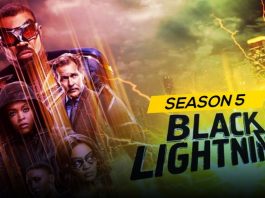