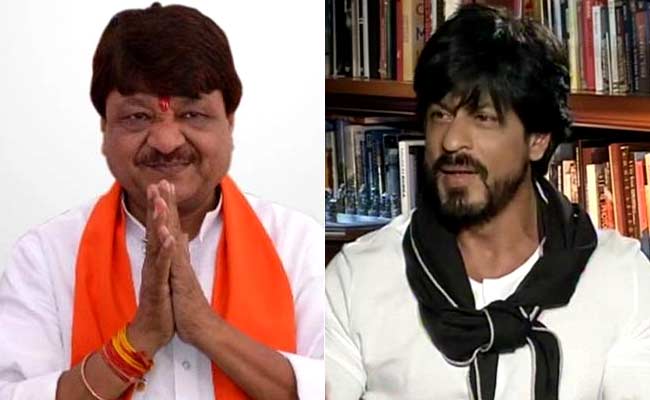 Nobody messes with the King of Bollywood and when you do that, get ready to feel some heat. This is exactly what BJP leader Kailash Vijayvargiya must be thinking now.

Responding to Khan’s recent remark on the growing intolerance in the country, Vijaybargiya in a series of tweets said the actor lives in India but his heart is in Pakistan. He further labelled SRK an “anti-national” while saying “”If this is not anti-nationalist, then what is it. India is making a bid to become a permanent member of the United Nations and all the anti-Indian forces including Pakistan are creating a conspiracy.”

Well, all this didn’t go well with SRK fans and what followed was a backlash on Twitter with the hashtag #kailashvijayvargiyaleaveindia. From cracking jokes to posting anguish and abusive tweets, SRK fans have once again proved that it better no to mess with the superstar.

Here are some selected tweets.

Some members of the BJP really need to control their tongue & stop talking rubbish about @iamsrk. He is a national icon & We r PROUD of him.

These 2 are biggest jokers of BJP! pic.twitter.com/y5G0kGuOtV

BJP is now the official ambassador for Pakistan Tourism board

Mr. @KailashOnline Never ever dare to mess with SRK coz #SRKians rule the world.#KailashVijayvargiyaLeaveIndia

#KailashVijayvargiyaLeaveIndia instead leave this world

What is your reaction guys? Share with us in the comments section.