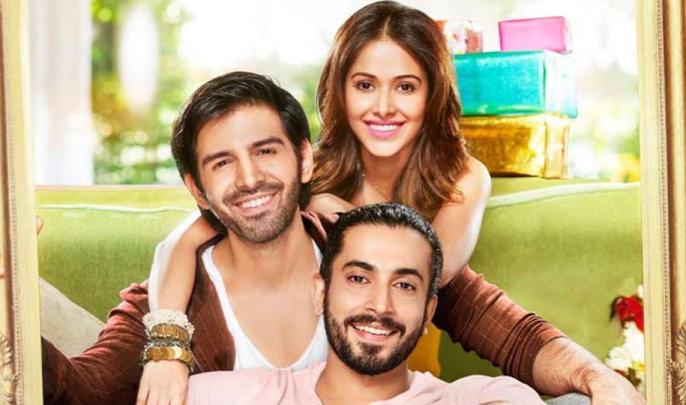 Luv Ranjan is back with his gang after the super success of Pyaar Ka Panchnama series. His latest film, Sonu Ke Titu Ki Sweety is having a dream run at the box office. Check the first week collection of the movie.

Luv Ranjan’s latest comic film Sonu Ke Titu Ki Sweety was released last Friday and as expected it is performing exceptionally well at the domestic box office. The film has completed one week and we must say that the team should be very happy with the performance.

With high promotion strategies and catchy music, the movie attracted good number of audiences to the theatres and given the fact there was no big star cast, the movie has surerly emerged as the first surprise hit of the year. Kartik Aryan and Nushrat Barucha from Pyaar Ka Panchnama fame came together once again while Sunny Nijar played another male lead. The film was shouldered by the three lesser known actors and as expected it did not fail to entertain the audience. The movie got off to a good opening as it earned 6.42 crores on the first day. It witnessed good growth over the first weekend. It earned 26+ crores in the first weekend. On weekdays, the movie remained stable and managed to earn around 20 crores from Monday to Thursday.

The movie earned around 45 crores in the first week. The metro cities saw a good number of young viewers turning up for the movie. The overall reviews were average with mostly positive feedback for the lead performances. The ending of the story was reportedly disappointing. The feedback for the music was mostly positive. Performances of Karthik, Nushrat and Sunny were appreciated. The movie did strike a chord with the audience.

On this Holi weekend, the big release is Anushka Sharma starrer Pari which is a horror movie. The other two releases are Veerey Ki Wedding (starring Pulkit Samrat and Kriti Kharbanda) and Hey Ram Hamne Gandhi Ko Mar Diya.