Snowfall Season 5: FX has renewed the American crime thriller TV series FX for the fifth season. Here is everything you need to know about it.

FX network popular crime drama show ‘Snowfall’ has concluded its fourth season on Apr 21, 2021, and the fans are excited for more. The American crime drama series revolves around the first crack epidemic and its impact on the culture of Los Angeles city. Ever since the first season’s premiere in 2017, the show has gained immense popularity. It has received applause from the audience due to its amazing story, impactful characters, and raw elements. As the show has been renewed for a fifth season, fans are excited to know what the future holds for Franklin. So, here we are with all the latest updates on Snowfall season 5:

Much to the happiness of the fans, FX network renewed Snowfall for Season 5 on Mar 23, 2021, just three episodes into Season 4. “Franklin may have dealt with some of his problems, but can he handle what’s next?” the official Snowfall account tweeted after the season 4 finale. “We still have some unfinished business to take care of next season.”

Franklin may have dealt with some of his problems, but can he handle what’s next? Thanks for tuning into the season finale of #SnowfallFX. We still have some unfinished business to take care of next season. pic.twitter.com/IsQjCTpmyZ

Prior to that, the first three seasons of Snowfall premiered in July and concluded in September. Now the makers have an option to stick to the February to April release schedule or revert back to the original schedule from July to September.

On Apr 22, 2021, writer and executive producer, Leonard Chang tweeted that they’re “working hard to bring season 5 as soon as possible. He tweeted:

#SnowfallFX friends! Thank you so much for watching last night's season 4 finale. We're working hard to get you season 5 as soon as possible. Stay tuned!

Well, this tweet certainly signifies that the creators are not willing to take a long break and we may see Snowfall season 5 soon.

The filming for the fifth season started on Sep 5, 2021, sticking to the COVID-19 protocols. As the things are getting normal now, we can expect an

With the gradual return of normalcy after the pandemic, we can expect an unending filming schedule for the upcoming season. Considering that the filming and post-production take around 8-9 months, we expect Snowfall season 5 to release in June or July 2022. It means the show would be back to its original pre-pandemic release schedule.

What will be the plot of Snowfall Season 5?

Chatting to GoldDerby, co-creator Dave Andron said that the action is likely to “jump forward a little bit in time” so that they can “get into the meat of 1986 when the violence was really ramping up, when you really started to feel the full militarization of the LAPD when the War on Drugs was on its way to reaching its apex”.

He added: “And then this kind of pop culture explosion that was brimming in South Central – the rise of gangster rap and you had Straight Outta Compton and those things getting ready to drop and blow up. It’s a huge sea-change moment for the neighbourhood.”

Where to stream and watch Snowfall?

Snowfall is available on the digital streaming service Hulu. Hulu and FX have a partnership and the episodes air on the platform one day after the broadcast on the FX network. All the previous seasons are streaming on Hulu. 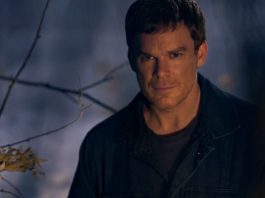 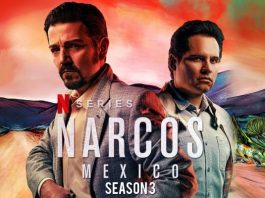 ‘Narcos: Mexico’ Season 3 Release Time on Netflix: Can We Watch... 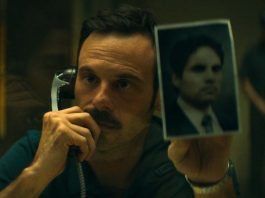