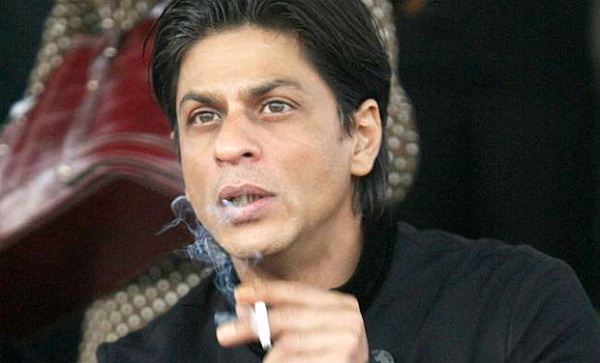 Shah Rukh Khan is known for his witty one-liners, honest answers and down-to-earth attitude with the media. No wonder, people go all mad over him and idolise him so much. In a recent interview to a well-known mag, SRK gives us brutally honest answers about the insights of his life.

Read a few excerpts from his latest interview:

1.) On his definition of a ‘Star’
“There are two ways you can become a star. You can either be someone you want to be, like Mr.Bachchan or some great sports star. Or you can be someone people can relate to. I think I belong to the latter category.”

2.) On being a simple and an ordinary person
“Mothers and little girls think of me as the kind of son they would like to have or the kind of guy they had like to marry. I have always been very simple and ordinary. When I act, I am extraordinary because I have to work hard.”

3.) His biggest fear
“My biggest fear is that I will wake up one morning and will not have any more parts left to leave in a film.”

4.) What makes him The ‘Shah Rukh Khan’
“I am an over-actor, I overact in a second. I am from the theatre, I can over-do stuff and underplay it like Chak De! and Swades, but I feel each and every character I portray in a film.”

5.) Why he feels being health conscious is ‘Boring’
“I don’t sleep. I smoke about 100 cigarettes a day. I forget to eat. I don’t drink water. I have 30 cups of black coffee and I have a six pack. So the less I take care of myself, the more I am taken care of.”

6.) SRK and Gauri never think the same things
“We have never thought the same about films, about life and we haven’t tried to change that about each other. The only thing we are completely aligned in thought about are the kids.”

7.) SRK’s views on women
“I think women are the most gentle, intelligent and sweet creatures ever created. Remember, there is no life without women.”

8.) Rumors don’t affect SRK-Gauri’s relationship
“I am a movie star. I have been working for 20 years. I work with the most beautiful women in the world. There are enough stories to go around that I sleep with foreigners, men and my co-actresses. But it has never affected me and Gauri, because I guess she knows I don’t have the time to do anything but work.”

Srk’s upcoming movie ‘Dear Zindagi’ trailer releases a couple of days ago and fans are waiting anxiously for it. The movie will hit the screens on 25 Nov 016.